Posted on February 13, 2014 by Sharon Lindbloom

Last month (30 January 2014) Newsweek published an article about Mormons leaving the LDS Church. Though Journalist Hannah Miet writes about some of the difficulties people have had in leaving Mormonism, she really misses the depth of emotional struggles attendant with becoming ex-Mormon. 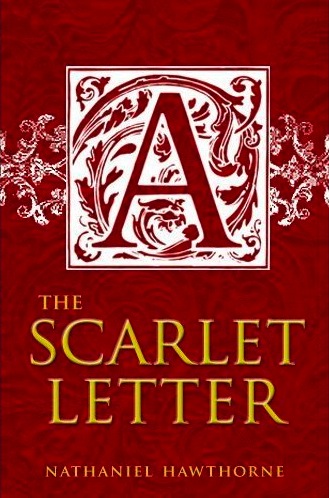 Unfortunately, Ms. Miet devotes 25% of her article to something she treats as an amusing novelty: ex-Mormons learning to drink alcohol. And in so doing, she demonstrates that she really doesn’t get it.

The former Mormons interviewed for the article talked about their experiences as believing Mormons, as doubting Mormons, and as ex-Mormons. They told Ms. Miet things like:

“‘[Mormon] People intuitively know that first and foremost their primary identity is a nameless soldier in the army of Mormonism,’ said Chou… He stressed the importance of being ‘proactive’ in a state where many are scared to voice their doubts about the church, which has…a disciplinary council that can order an excommunication of any church member who strays, a modern-day scarlet letter that cuts a person off from all active LDS members.”

“‘It sounds crazy to outsiders, but simple facts have the power to shatter the world of a Mormon,’ he [Chou] says. ‘The more you discover…the more you are pushed closer and closer to this abyss and you don’t know what’s at the bottom of it.’”

“’I think everyone involved [in Post-Mormon support groups] feels more free to be who they are,’ Chou says, surveying the room. ‘One of the most harmful things about Mormonism is that it creates false [sense of] self in people and they have to live in that space. And they think that’s happiness. I did. I thought that was happiness. Once the veil lifts, you wake up and you just think, This is how life should be.’”

“Deanna Rosen…did not come here to specialize in ex-Mormon issues. As soon as she moved to Utah from Texas, though, the doubters found their way to her earth-toned office. Rosen is open about her Jewish faith, which may have been a beacon for Mormons ashamed to discuss their doubts with faith-promoting counselors at LDS Family Services. Though Rosen insisted, ‘There isn’t a counselor in Utah who doesn’t get Mormons with questions,’ Rosen insists, adding that the ‘gateway drug’ out of Mormonism is Google.”

“Mormonism is an ‘all or nothing’ commitment, Rosen explains. ‘If Pandora’s box is opened regarding questioning one policy or mandate, it leads to more, because it’s all connected. It’s not like other religions, where you can accept some parts and reject other parts. You have to accept the whole kit and caboodle. You have to accept every [church-mandated] “calling.” You have to go to every three-hour church meeting. If I didn’t go [to synagogue] for six months, the rabbi would be like, “I am so happy to see you.” You can’t do that as a Mormon.’”

“Many of Rosen’s patients fear losing their jobs at Mormon-owned companies, where watercooler chatter revolves around bishops, youth groups and callings. ‘[Ex-Mormons] have to find new peers and new families, so to speak, and sometimes, new places of employment,’ she says. ‘Leaving the church is almost like going into the witness protection program.’”

Yet somehow the flavor of Ms. Miet’s article seems to convey the idea that post-Mormon support groups are really about nothing more than “recruiting” people to their way of thinking – and drinking.  She writes,

“As a Mormon missionary, Chou converted dozens of people in the Hawaiian Islands. Now, as self-proclaimed ‘PostMo’ in the Mormon world capital, he uses his recruitment training to get people out.

“McKinnon, an engineer for the Federal Aviation Administration, was doing her own brand of evangelizing by slipping an identical card into every locker in the women’s locker room. She recently printed 10,000 copies.”

“Some former adherents act like soldiers for an ex-Mormon liberation army, seeking out the doubters within the church, extracting them, and bringing them to more tolerant territory. They plaster their calling cards all over…”

The “calling cards” Chou and McKinnon use simply say,

“PostMormon.org: You are not alone.”

“We see that people really are trapped in [LDS]. What we’re here to do is to catch these people when they fall.”

Ms. Miet wrote the article. She could not have missed the kinds of words her interviewees used to describe living in and leaving the world of Mormonism. Things like:

It’s pretty clear that the former Mormons in Ms. Miet’s article have lived through some very difficult experiences. They understand the agony associated with discovering the truth about Mormonism. They have suffered through the fear and loneliness that comes with doubting a lifelong faith. They have lived the humiliation of the “scarlet letter” inflicted on many who leave the Mormon Church. And because of their experiences, they want to help the people who are now where they once were.

Ms. Miet doesn’t get it. The Post-Mormon message is not, “We can teach you how to order drinks at both bars and coffee shops!” The message is, “You are not alone. We offer you a safe and supportive community as you work through your fears and doubts — and beyond. Do not despair. There is life after Mormonism.”

We Christians here at Mormon Coffee long for former Mormons to not only recognize life after Mormonism, but to find the abundant life, the eternal life, that Jesus Christ — who is Himself the way, the truth, and the life — holds out as a gift for all who come to Him.

Struggling with your Mormonism? Consider Christianity.