“I thought I knew the Church was true.”

On October 16, 2014 LDS Meridian Magazine published an article by Ted Gibbons titled, “The Fallacy of Rewriting Your Personal History.” Mr. Gibbons relates the story of one of his former missionary companions who, sometime after his mission, was excommunicated from the Church and came to disbelieve Mormonism. This former Mormon subsequently edited his missionary journal to reflect his new understanding of his past Mormon experiences. Mr. Gibbons writes, 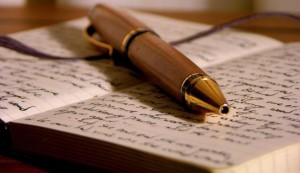 “Testimonies and experiences written with power and love in the original copy of his journal were now loaded with qualifiers. Instead of I felt the power of the Holy Spirit, I was reading things like I felt what I thought at the time was the Holy Spirit. Instead of I know the Church is true, this: I thought I knew the Church was true. I do not know if he remembered that I had a copy of the original, but I was saddened by his efforts to make the past coincide with his perceptions at the present time.”

Mr. Gibbons cautions against allowing “the enemy of [your] soul” to provide materials for the rewriting of your spiritual history.

“Not much White Out is required before we begin to doubt the reality of our earlier experiences. When the powerful and confirming feelings come less often, when the early certainties become uncertain memories rather than current realities, then Lucifer moves in with his darkness and his doubts and tries to turn us out of the path we have chosen.”

I can understand Mr. Gibbons’ perspective and concerns, but I think he is failing to see the bigger picture. If someone is born and raised in the Mormon Church, conforming to Mr. Gibbons’ reasoning would result in his hoped-for outcome: Mormons would never leave Mormonism. But.

What about people who converted to Mormonism from a different faith? By Mr. Gibbons’ rationale, if they at one time believed their non-Mormon faith was true, they never should have joined the Mormon Church. He wrote,

“When the inclination comes to wonder if we were misled when we altered our lifestyles and turned into the light—when we begin to suppose that those moments that transformed us were something less than we remember—when we weary under the onslaught of that ‘great fight of afflictions,’ let us remember this reality:

“‘Once there has been illumination beware the temptation to retreat from a good thing. If it was right when you prayed about it and trusted it and lived for it, it is right now. Don’t give up when the pressure mounts. Certainly don’t give in to that being who is bent on the destruction of your happiness. Face your doubts. Master your fears. “Cast not away therefore your confidence” (Hebrews 10:35). Stay the course . . .’ (Elder Jeffrey R. Holland: “Cast Not Away Therefore Your Confidence,” Ensign, March 2000,).”

While I support Mr. Holland’s idea (quoted above) of facing your doubts, the larger argument in Mr. Gibbons’ article seems to be one of desperation. Mormonism is either true or false – it matters not how you or I feel about it. The faith I hold to, the Christian faith, is either true or false. My experiences and how I understand them – now or later – don’t change that a bit. 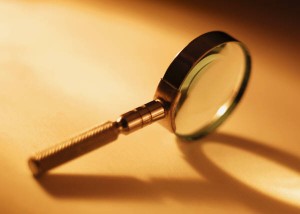 By way of illustration, when I was a child, I waited for Santa Claus with full conviction that he would bring me wonderful gifts on Christmas Eve. As an adult, I understand that I waited for what I thought at the time was Santa Claus, but now know it was my generous and kind parents who lovingly perpetuated a myth to enhance my childhood Christmas experience. (Please note: I am illustrating a point, not drawing a comparison between Mormonism and Santa Claus.) For me to accurately tell this story from my adult perspective does not require a rewriting of history, but rather an acceptance and inclusion of what is actually true.

And isn’t truth what we’re all seeking?

My friends, there is nothing good that comes from doggedly clinging to a myth. While I very much enjoyed my childhood Christmases with what I then believed was a jolly, bearded man called Santa Claus, I’m thankful that I have come to know the truth. I’m thankful that I don’t pin my Christmas joy on a fable that can do naught but disappoint every single year of my adulthood. Indeed, in this regard I can say knowing the truth has set me free to focus on the real reason for Christmas, which brings me far greater joy than the mythical Santa Claus ever did.

So when we wonder if we have been misled, let’s not be discouraged by a warning to refrain from “rewriting history.” Rather than doubting our doubts, let’s face our doubts in a sincere effort to live and write a true and accurate history. For if we seek the truth we will find it (Matthew 7:7). And when we know the truth, the truth will set us free (John 8:32).

21 Responses to “I thought I knew the Church was true.”