Posted on February 24, 2014 by Sharon Lindbloom

[In honor of Black History Month 2014, each Monday in February Mormon Coffee’s blog post has addressed a topic related to racism in Mormon history. Today is the final post in the series.]

Institutionalized racism in the Mormon Church spanned nearly 150 years. It began with the religion’s founding prophet Joseph Smith, Jr. Smith’s prophet-successor Brigham Young carried the torch for a few more decades and then passed it off to the next prophet, John Taylor. Taylor passed it to Wilford Woodruff, who gave it to Lorenzo 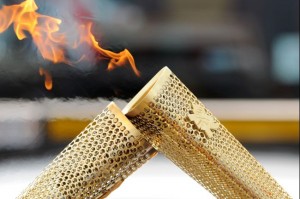 Snow, who passed it to Joseph F. Smith, and on through the years, each successive prophet/president of the Mormon Church continuing the discrimination against Blacks throughout their tenure until Spencer W. Kimball put a stop to it in 1978.

Recently the Mormon Church published a statement on Race and the Priesthood on its website, in an effort to clarify where the church stands today in regards to its past institutionalized racism. The statement is undated and unsigned, which leaves some readers skeptical about the level of authority behind the statement, especially since it contradicts official Church statements of the past.

The First Presidency of the Mormon Church is the Church’s highest governing body, endowed with the greatest authority within the organization. It has, over the years, made declarations regarding the church’s official position on race issues. For example, in 1947 the First Presidency (George Albert Smith, J. Reuben Clark, Jr., and David O. McKay) wrote in part:

“Indeed, some of God’s children were assigned to superior positions before the world was formed. We are aware that some Higher Critics do not accept this, but the Church does.

“Your position [that all God’s children stand equal in positions before Him in all things] seems to lose sight of the revelations of the Lord touching the preexistence of our spirits, the rebellion in heaven, and the doctrines that our birth into this life and the advantages under which we may be born, have a relationship in the life heretofore.

“From the days of the Prophet Joseph even until now, it has been the doctrine of the Church, never questioned by any of the Church leaders, that the Negroes are not entitled to the full blessings of the Gospel.” (Letter to Dr. Lowry Nelson, July 17, 1947)

In view of confusion that has arisen, it was decided at a meeting of the First Presidency and the Quorum of the Twelve to restate the position of the Church with regard to the Negro both in society and in the Church.

First, may we say that we know something of the sufferings of those who are discriminated against in a denial of their civil rights and Constitutional privileges. Our early history as a church is a tragic story of persecution and oppression. Our people repeatedly were denied the protection of the law. They were driven and plundered, robbed and murdered by mobs, who in many instances were aided and abetted by those sworn to uphold the law. We as a people have experienced the bitter fruits of civil discrimination and mob violence.

We believe that the Constitution of the United States was divinely inspired, that it was produced by “wise men” whom God raised up for this “very purpose,” and that the principles embodied in the Constitution are so fundamental and important that, if possible, they should be extended “for the rights and protection” of all mankind.

In revelations received by the first prophet of the Church in this dispensation, Joseph Smith (1805-1844), the Lord made it clear that it is “not right that any man should be in bondage one to another.” These words were spoken prior to the Civil War. From these and other revelations have sprung the Church’s deep and historic concern with man’s free agency and our commitment to the sacred principles of the Constitution.

It follows, therefore, that we believe the Negro, as well as those of other races, should have his full Constitutional privileges as a member of society, and we hope that members of the Church everywhere will do their part as citizens to see that these rights are held inviolate. Each citizen must have equal opportunities and protection under the law with reference to civil rights.

However, matters of faith, conscience, and theology are not within the purview of the civil law. The first amendment to the Constitution specifically provides that “Congress shall make no law respecting an establishment of religion, or prohibiting the free exercise thereof.”

The position of the Church of Jesus Christ of Latter-day Saints affecting those of the Negro race who choose to join the Church falls wholly within the category of religion. It has no bearing upon matters of civil rights. In no case or degree does it deny to the Negro his full privileges as a citizen of the nation.

This position has no relevancy whatever to those who do not wish to join the Church. Those individuals, we suppose, do not believe in the divine origin and nature of the church, nor that we have the priesthood of God. Therefore, if they feel we have no priesthood, they should have no concern with any aspect of our theology on priesthood so long as that theology does not deny any man his Constitutional privileges.

A word of explanation concerning the position of the Church.

The Church of Jesus Christ of Latter-day Saints owes its origin, its existence, and its hope for the future to the principle of continuous revelation. “We believe all that God has revealed, all that He does now reveal, and we believe that He will yet reveal many great and important things pertaining to the Kingdom of God.”

From the beginning of this dispensation, Joseph Smith and all succeeding presidents of the Church have taught that Negroes, while spirit children of a common Father, and the progeny of our earthly parents Adam and Eve, were not yet to receive the priesthood, for reasons which we believe are known to God, but which He has not made fully known to man.

Our living prophet, President David O. McKay, has said, “The seeming discrimination by the Church toward the Negro is not something which originated with man; but goes back into the beginning with God….

“Revelation assures us that this plan antedates man’s mortal existence, extending back to man’s pre-existent state.”

President McKay has also said, “Sometime in God’s eternal plan, the Negro will be given the right to hold the priesthood.”

Until God reveals His will in this matter, to him whom we sustain as a prophet, we are bound by that same will. Priesthood, when it is conferred on any man comes as a blessing from God, not of men.

We feel nothing but love, compassion, and the deepest appreciation for the rich talents, endowments, and the earnest strivings of our Negro brothers and sisters. We are eager to share with men of all races the blessings of the Gospel. We have no racially-segregated congregations.

Were we the leaders of an enterprise created by ourselves and operated only according to our own earthly wisdom, it would be a simple thing to act according to popular will. But we believe that this work is directed by God and that the conferring of the priesthood must await His revelation. To do otherwise would be to deny the very premise on which the Church is established.

We recognize that those who do not accept the principle of modern revelation may oppose our point of view. We repeat that such would not wish for membership in the Church, and therefore the question of priesthood should hold no interest for them. Without prejudice they should grant us the privilege afforded under the Constitution to exercise our chosen form of religion just as we must grant all others a similar privilege. They must recognize that the question of bestowing or withholding priesthood in the Church is a matter of religion and not a matter of Constitutional right.

We extend the hand of friendship to men everywhere and the hand of fellowship to all who wish to join the Church and partake of the many rewarding opportunities to be found therein.

We join with those throughout the world who pray that all of the blessings of the gospel of Jesus Christ may in due time of the Lord become available to men of faith everywhere. Until that time comes we must trust in God, in His wisdom and in His tender mercy.

Meanwhile we must strive harder to emulate His Son, the Lord Jesus Christ, whose new commandment it was that we should love one another. In developing that love and concern for one another, while awaiting revelations yet to come, let us hope that with respect to these religious differences, we may gain reinforcement for understanding and appreciation for such differences. They challenge our common similarities, as children of one Father, to enlarge the out-reachings of our divine souls.

Faithfully your brethren,
The First Presidency
By Hugh B. Brown
N. Eldon Tanner

How do these two official statements of the First Presidency correspond to the most recent Mormon website proclamation that “Today, the Church disavows the theories advanced in the past that black skin is a sign of divine disfavor or curse, or that it reflects actions in a premortal life”? The contradictions between the current statement and First Presidency proclamations of the past may lead to manifold conclusions, but one thing is certain: the actual history of institutionalized racism in the Mormon Church is being mendaciously rewritten.

20 Responses to Passing the Torch of Mormonism’s Historical Racisim