Let me state upfront that, besides wearing my apologetic hat, I am a parent of a Liberty University (LU) graduate. My oldest daughter graduated on May 10, 2014, and we’re very proud of her accomplishment. 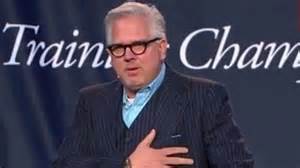 I’m sure you don’t want to hear about my child, so let me explain the real purpose of this piece. On April 25, 2014, LU held its last convocation of the school year. Convocation is a three-times-a-week gathering of the student body. Among other things, musical worship, school announcements, and prayer are featured as well as an address from a special guest speaker. Convocation is not the same as a “chapel,” as Johnnie Moore, the senior vice-president for communications and the assistant to the president at LU, explained in an email sent to those who had complained about Beck’s appearance–an email that Religion News Service said was filled with “boilerplate verbiage that sounds like a sales pitch for potential students.” (See “Liberty University responds to complaints about Glenn Beck sermon” by Jonathan Merritt, posted 5/19/14.)

“You should remember that Liberty University’s Convocation is not a church service. We have explained over the decades repeatedly that convocation is an opportunity for students to hear from people of all faiths and from all walks of life.  Liberty has also made it clear repeatedly that it does not endorse any statements made by any convocation speaker.”

Thus, while many speakers are pastors and theologians, big-name politicians and businessmen (among others) are invited to impart their wisdom to the student body. Thinking about running for president some day? This is a good place to court the conservative votes. Being an evangelical Christian is not a requirement.

Featured at the April 25th convocation—the last one for the 2013/14 school year—was Glenn Beck, the TV/radio political commentator who happens to be a member of the LDS Church. Besides referring to Joseph Smith as a martyr and referencing the LDS doctrine of preexistence, Beck said,

A few hours after Beck spoke, my review of his talk was posted on MRM’s website: “What Glenn Beck didn’t explain at last month’s convocation talk at Liberty University.”

It just so happened that my wife and I had already scheduled a visit to LU’s campus from May 8-10 so we could participate in the school’s graduation activities. I wrote Moore, who graciously agreed to meet with us during our time in Lynchburg.  I knew it was a very busy time for the top brass, so I didn’t expect a long session with this LU mover and shaker who has daily contact with school president Jerry Falwell, Jr. At our appointed time, my wife and I were escorted into Moore’s office for the private conference.

After a few minutes of chitchat, I reiterated why I had come.  My bone of contention is that the welcoming of Glenn Beck at the final convocation could be confusing to both students and outside observers. The school is very proud about being a “university” and stresses its open-mindedness. Generally, I don’t have a problem with this approach, if it’s done in the right setting. Having worship music and prayers along with a full-fledged introductory endorsement by the president of the school for a Mormon speaker is just not wise.

In our half-hour conversation, I explained how I was defending LU against unfair criticism. For example, the main focus of one blog I read complained about how students were fined $10 for not attending Beck’s talk. This isn’t a fair criticism because students are fined $10 for missing any convocation, not just this one. It’s a school policy that remained consistent throughout the year.  However, I had heard a rumor that there were several students who were fined because they were offended and walked out in the middle of Beck’s  convocation; I have not been able to get this information confirmed, and the administrator doubted it happened. (Even if this did take place, a generous businessman who sat on the platform that day handed out $20 bills to each of the 10,000 students, so there still would have been half leftover after the fine was paid!)

For Mormon Coffee readers, let me share some of the main objections given by Johnnie Moore concerning my critique. My response to each point follows:

Why didn’t I come to the school first before publishing the review article at mrm.org? This is not a Matthew 18 situation. The critique is not specifically aimed against an individual.  Instead, it originated when a Mormon used LU’s pulpit (the administrator disagreed that the convocation platform is a “pulpit” but I’ll continue to use it, nonetheless) to present Mormonism as a Christian denomination. Moore said he received approximately 20 emails, all but one apparently opposing Beck’s appearance. (The one positive comment, he said, came from a Mormon student enrolled at LU.) He justified this overwhelming margin by claiming that only those who “complain” are the ones who send in their complaints. While that’s generally true, I mentioned how MRM received five emails from four LU students and one professor within 24 hours after my article hit the LU social media sites. Each writer was in complete agreement with my perspective and wrote to tell me so. No one wrote to disagree with my viewpoint. Isn’t that interesting?

Because I’m part of LU’s family (as a parent of an LU student), I shouldn’t have written a public article criticizing the school. Glenn Beck’s talk was a public event, aired on live Internet stream through both Beck’s media company and LU.  Instead of complaining about the messenger, the school ought to deal with the message many concerned people such as myself are sending. That message is that nobody from another religion should be allowed to speak on spiritual topics from LU’s  platform, especially when the backdrop reads “Training Champions for Christ since 1971.” Peter was criticized by Paul—an event even reported in the Bible (see Gal. 2)—and it was a positive event as Peter recognized his error and the two did reconcile. Families that “pretend” everything is fine do no favors and ought to be considered dysfunctional. Shouldn’t we as Christians believe that honesty is the healthy policy? To suggest that my public criticism of Beck’s invitation is an attack on LU misses the mark.

Bloggers don’t represent an accurate assessment.  I disagree. Generally, the variety of bloggers out there seem to represent the spectrum of views. While Moore had read my blog, he said he refused to look at the others concerning Beck’s visit to LU. Doing so, he said, was a waste of time. Pretending that what people are saying in the public forums is not important seems to be a naïve way of addressing a very delicate situation. Understanding the perspective of these folks should be important, one would think, so that any misconceptions could be addressed. It’s a missed opportunity to understand just what people are thinking.

The perception the critics (of Beck’s appearance) have is wrong. While Moore is certainly more educated than I am in the field of public relations—he said he received an award last year for his PR expertise—I did take PR classes in college and even minored in marketing to go with my major in advertising. Back in the early 1980s (I’m dating myself), I was taught that the general public perception is true, whether or not it is accurate. The way to tackle an improper perception is to provide further explanation. Through clarification, it is possible to change outsiders’ impressions to be more in line with reality. Unfortunately, the school is hoping that sitting on their proverbial hands will make the negativity go away, which is the same approach the school used in the spring of 2010 when people complained about Beck being selected as a keynote speaker to address the LU graduation audience. Time tends to provide a reason for people to give up, but they don’t all forget.

On Thursday this article will conclude with a discussion of my responses to four more objections raised by LU’s Johnnie Moore.