“What Many People Called Sin Is Not Sin” Part II 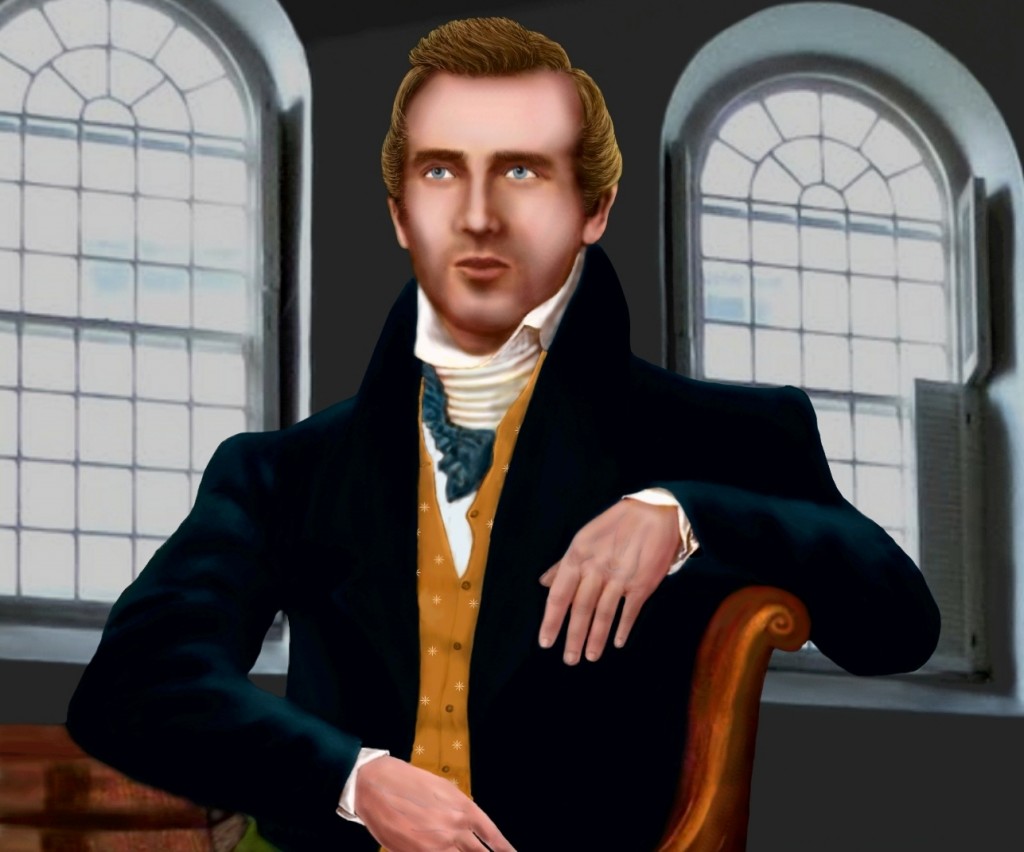 During a Church Court in 1850, Joseph E. Johnson claimed that he was aware of what he called “the first frigging” of Joseph Smith and Johnson’s mother-in-law, Mary Heron Snider. For details about this incident, see Part I.

The reason that the Church Hierarchy in 1850 may not have been overly surprised by this account by Joseph Johnson, is that Joseph Smith could (while he was alive) simply claim that a certain woman was his spiritual wife; and this would be accepted by them [his inner circle] because they had no real way of knowing who Joseph claimed as his “wives” since he did everything in virtual secrecy.

This is one reason why there is so much confusion today about Smith’s relationship with those who are labeled as his plural wives. As Todd Compton wrote:

“Joseph often framed his marriage proposals in terms of a divine fait accompli–the Lord has already ‘given’ the woman to the prophet. God was the ratifying agent, and it was sacrilegious to doubt. It was the woman’s duty to comply with the fact that she was already Joseph’s possession.” (Source: In Sacred Loneliness, pg. 407)

Like with so many others, what Joseph did with Mary Snider was done in secret, with only a few people (not necessarily those in the Church Hierarchy) privy to what he did. Was this really a marriage, as some claim, or was it something else?

This statement by Joseph Smith as recorded by Wilford Woodruff may help clarify why some were convinced that Joseph could not sin when it came to his relations with women:

The timing of this statement by Joseph Smith is significant, because D. Michael Quinn claims that Joseph Smith “very likely married Mary Heron Snyder (Snider) in the spring/summer of 1841” (Quinn, pg. 25). Quinn believes that this was some kind of marriage, but their is no evidence to bear this out.

Joseph’s teaching that “some sin is not sin” coupled with a justification to keep such things silent contradicts what the Bible says about sin:

“As for those who persist in sin, rebuke them in the presence of all, so that the rest may stand in fear.” (1 Timothy 5:20)

Peter does say that “charity covers a multitude of sins” (1 Peter 4:8), but that is not an excuse to sin, (or for that matter, excuse sin) as Paul teaches:

“Only do not use your freedom as an opportunity for the flesh, but through love serve one another.” (Galatians 5:13)

To complicate matters for those who believe that Smith somehow was married to Mary Snider, there is no evidence that he married her, or that she was sealed to him during his lifetime or after his death.

Also, as explained by Brigham Young and recorded by Wilford Woodruff, if a woman was estranged from her husband and did not provide him with any affection, it was a type of adultery,

“The subject of Adultery again Came up. Joseph [Young] said a man Cannot Commit Adultery with his wife. So says the revelation on the Patriar[chal] Marriage. Yet a man Can do [w]rong in having Connexion with his wife at times. Joseph Young said the Ancient Apostle said this. A man should not put away his wife save for the Cause of fornication. If He did they would both Commit Adultery.

“Brigham Young Said Joseph [Smith] taught that when a woman[‘]s affections was entirly weaned from her husband that was Adultery in spirit. Her Affections were Adulterated from his.

“He also said that there was No law in Heaven or on Earth that would Compel a woman to stay with a man either in time or Eternity.

“This I think is true (but I do not know) that if a man that is a High priest takes a woman & she leaves him & goes to one of a lesser office say the Lesser priesthood or member I think in the resurrection that that High Priest Can Claim her.”

“Brigham [Young]. I will tell you what you will find. That all those evil traditions & affections or passions that Haunt the mind in this life will all be done away in the resurrection. You will find then that any man who gets a glory & exaltation will be so beautiful that any woman will be willing to have him if it was right & wharever it is right for the woman to go there she will be willing to go for all those evils will vanish to which we are subject in this life.

“I have told the people the truth Just as it is but others will at times get up & tell the people that they will get no heaven ownly what they make in this life and that it will be in the next world as it is in this. Now they do not mean what they say. They do not explain themselves. Hence the people will not understand what is said to them.” (Source: Wilford Woodruff’s Journal, Vol. 5, p. 56, May 2, 1857).

The idea of being able to justify sin was nothing new to Joseph Smith, as we see from the November 1841 quote recorded by Wilford Woodruff above.  In this case it would be justifying the sin of adultery. This was a bone of contention with Ezra Booth, who wrote to Edward Partridge in 1831:

“Now, permit me to inquire, have you not frequently observed in Joseph, a want of that sobriety, prudence and stability, which are some of the most prominent traits in the Christian character? Have you not often discovered in him, a spirit of lightness and levity, a temper easily irritated, and an habitual proneness to jesting and joking?

“Have you not often proven to your satisfaction that he says he knows things to be so by the spirit, when they are not so? You most certainly have. Have you not reason to believe, or at least to suspect, that the revelations which come from him, are something short of infallible, and instead of being the production of divine wisdom, emanate from his own weak mind? Some suppose his weakness, nay, his wickedness, can form no reasonable objection to his revelations; and ‘were he to get another man’s wife, and seek to kill her husband, it could be no reason why we should not believe revelations through him, for David did the same.’ So Sidney asserted, and many others concurred with him in sentiment.” (Source: Letter of Ezra Booth to Edward Partridge, September 20, 1831, emphasis mine.)

“In this office [as prophet] he is to stand, until another is appointed in his place, and no other person can be appointed in his stead, unless he falls through transgression; and in such a case, he himself is authorized to appoint his successor. But how is he to be detected, should he become guilty of transgression. The commandment makes provision for this. His guilt will become manifest by his inability to utter any more revelations, and should he presume ‘to get another man’s wife,’ and commit adultery; and ‘by the shedding of blood, seek to kill her husband,’ if he retains the use of his tongue, so as to be able to utter his jargon, he can continue as long as he pleases in the bed of adultery, and wrap himself with garments stained with blood, shed by his own hands, and still retain the spotless innocence of the holiest among mortals; and must be continued in the office of revelator, and head of the Church.” (ibid, emphasis mine.)

Levi Lewis, a cousin of Emma Smith, related in 1834 that both Joseph Smith and Sidney Rigdon claimed that “adultery was no crime” (Source: Affidavit of Levi Lewis, 20 March 1834, Susquehanna Register and Northern Pennsylvanian, 1 May 1834).

According to Joseph Smith, just like Noah got drunk and it “did no harm,” some committing adultery could be excused because “David did the same.”

Is this really “breaking down superstition” or is it simply an excuse to justify what is clearly sin, according to Joseph Smith’s own “revelations”? (See D&C 132:42) It is of interest to note that the word justify or justified occurs five times in this revelation.

With rumors swirling around him about “spiritual wives,” Joseph Smith told the Relief Society in April of 1842:

“The devil has great power to deceive; he will so transform things as to make one gape at those who are doing the will of God.” (Source: Scriptural Teachings of the Prophet Joseph Smith, arranged by Joseph Fielding Smith and annotated by Richard C. Galbraith, Salt Lake City: Deseret Book, 1993, p. 256)

Was it really the devil, or just Joseph Smith trying to justify sinful behavior? Why then, if it was not sin, did Joseph practice what he called “plural marriage” in secret, and not go through the proper channels supposedly set up by God for the Church:

“For all things must be done in order, and by common consent in the church, by the prayer of faith.” (D&C 26:2, emphasis mine)

Why then, did Joseph Smith feel the need to lie about practicing polygamy when asked directly about it? Why did he not reveal this doctrine to the church before he began to practice it in secret? And why, before it was revealed by the Church that they did indeed practice polygamy, did they issue this denial in the Millennial Star, and use the binding scripture of the Doctrine and Covenants to back up the denial:

Notice that polygamy, here, is associated with adultery. As the Apostle Paul wrote:

“But sexual immorality and all impurity or covetousness must not even be named among you, as is proper among saints. Let there be no filthiness nor foolish talk nor crude joking, which are out of place, but instead let there be thanksgiving. For you may be sure of this, that everyone who is sexually immoral or impure, or who is covetous (that is, an idolater), has no inheritance in the kingdom of Christ and God. Let no one deceive you with empty words, for because of these things the wrath of God comes upon the sons of disobedience. Therefore do not become partners with them; for at one time you were darkness, but now you are light in the Lord. Walk as children of light (for the fruit of light is found in all that is good and right and true), and try to discern what is pleasing to the Lord. Take no part in the unfruitful works of darkness, but instead expose them. For it is shameful even to speak of the things that they do in secret. But when anything is exposed by the light, it becomes visible, for anything that becomes visible is light.” (Ephesians 5:3-14, emphasis mine.)

“And do not get drunk with wine, for that is debauchery, but be filled with the Spirit.” (ibid., verse 18)

We now live under a New Covenant (2 Corinthians 3:6). Believing that some sin is not sin can be dangerous. The Apostle Peter spoke of false prophets and teachers who would try and do so in the last days:

“They are blots and blemishes, reveling in their deceptions, while they feast with you. They have eyes full of adultery, insatiable for sin. They entice unsteady souls. They have hearts trained in greed. Accursed children! Forsaking the right way, they have gone astray.” (2 Peter 2: 13-15)

Shall we place our faith in hypocritical men who “lie for the Lord,” claim that “some sin is not sin,” and justify what Jesus and His Apostles call sin by claiming that “others did it, so I can too”? If you do, it may be well to remember what Paul wrote:

“He will render to each one according to his works: to those who by patience in well-doing seek for glory and honor and immortality, he will give eternal life; but for those who are self-seeking and do not obey the truth, but obey unrighteousness, there will be wrath and fury.” (Romans 2:6-8)