“What Many People Called Sin Was Not Sin” Part I 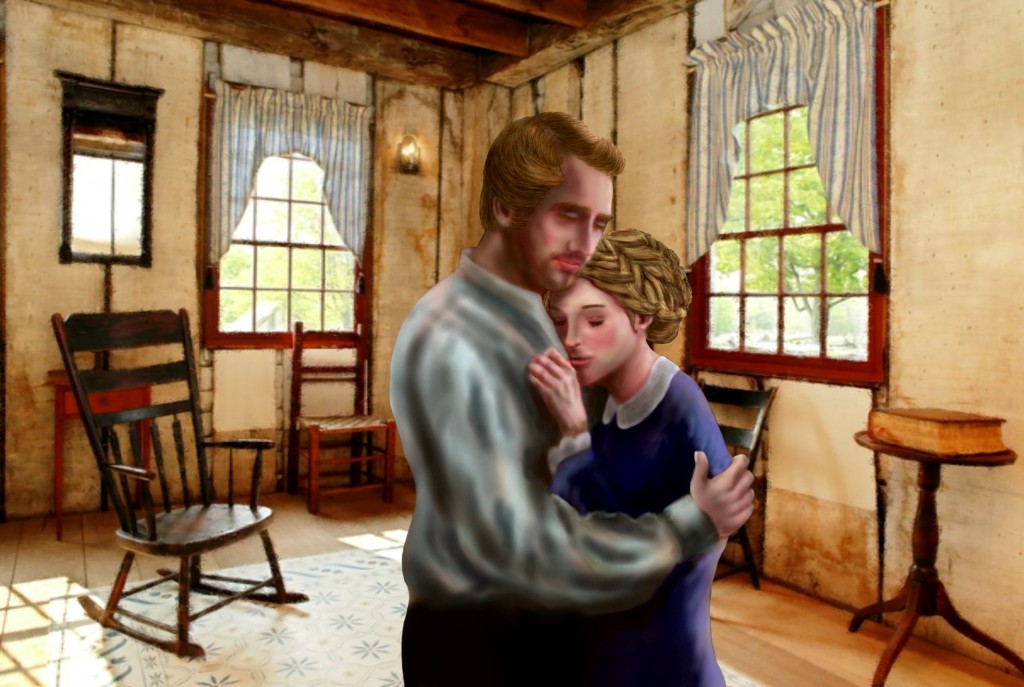 A Church Court is convened. A man is accused of committing adultery and fathering a child with another man’s wife.  One of the presiding elders speaks to those assembled about the offender and says that,

“This matter was bro[ugh]t before Council … [and] his Priesthood was required to be laid down until he came here—… she was living in his house –we deemed it improper for her to be there [and] he sent her away to a retired place—she was delivered of a child—she is again living in his house … he wishes to retain his fellowship in the Church. He says he has [spoken to her husband] & he is satisfied.”

The accused adulterer apologizes to those who are presiding over the Disciplinary Court and says,

The accused then states,

“I never heard any conversation to say it was right to go to bed to a woman if not found out—I was aware the thing was wrong.”

The accused then adds that he,

“was familiar with the first frigging—that was done in his [the accused adulterer’s] house with his mother in law—by [the leader of the church].”

Even with this apparent example by the leader of the church, the accused concludes,

“I knew at the time I was doing wrong [by committing adultery with another man’s wife]. I never [h]av[e] taken anybody [else’s actions] as a[n] excuse[—] I never plighted my faith on [that leader of the church’s] transactions.” (Source: Misc Minutes, Brigham Young Collection, d 1234, CHL, Sept. 2, 1850, restricted; excerpts transcribed by D. Michael Quinn, bx 3 fd 2, Quinn Collection, Yale Library.)

“Frigging” is 19th century slang for having sexual relations. In other words, the accused adulterer here, claimed that what he did with another man’s wife (commit adultery) was wrong, and that he never based his faith on what he saw the leader of the Church doing (even if it was the same thing).

Is this account troubling? It should be, because the leader of the church referred to in the account is Joseph Smith.  The woman mentioned by the accused (Joseph E. Johnson) was his mother-in-law, Mary Heron Snider.  Mary at the time was married to another man, John Snider. According to Brian Hales: 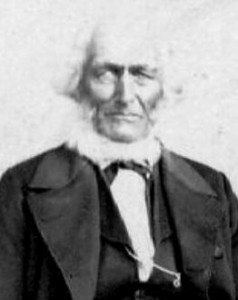 “John Snider, died in Salt Lake City in 1875, having served valiantly in the Church.  The notice of his death read:  ‘Deceased was a veteran in the Church of Jesus Christ of Latter-day Saints, having been connected with it in the days of the Prophet Joseph Smith and ever since.  He was a man much respected, being true to his convictions of right.’  Two weeks later, Apostle John Taylor penned a second obituary, which stated:  ‘He [John Snider] gathered to Utah in 1851, where he has since continued a steadfast, faithful and honorable member in the Church… Having been well acquainted with him for upwards of forty years, I thought it proper to give the above short statement.’”

In response to a presentation on Polygamy given by Brian Hales at a F.A.I.R. Conference in 2012, D. Michael Quinn wrote: 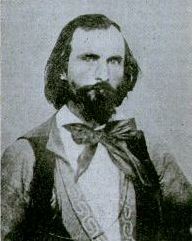 “Using a slang vulgarity for sexual intercourse her [Mary Heron Snider’s] son-in-law Joseph E. Johnson privately told a group of devout Mormons in 1850: ‘He was familiar with the first frigging that was done in his house with his mother in law by Joseph.’ Johnson said this during a council meeting that was deciding whether to excommunicate him for impregnating one of Apostle Lorenzo Snow’s plural wives whom Johnson now wanted to marry. She loved him, not the apostle. A Church court in Kanesville, Iowa, had already decided that ‘his priesthood was required to be laid down [i.e., he was disfellowshipped] until he came here’ to Salt Lake City. I cannot take seriously the suggestion by Hales that this Church court’s official minutes misquoted Johnson’s words. First, by any reasonable logic, who would assume that any LDS clerk introduced a crudely sexual term into a non-sexual remark or into a remark that only implied sex? Second, by 1850, the LDS Church’s clerks routinely used stenographic shorthand to accurately record such meetings, especially when Brigham Young participated (as he did in this one).” (Source: The Sexual Side of Joseph Smith’s Polygamy,  D. Michael Quinn,  2013, pp. 21-22 expanded/finialized version)

Even Brian Hales admits that he believes the Joseph E. Johnson account:

“I think he’s telling the truth. I believe it. I’m willing to make this assumption. But, the next assumptions you are willing to make are very important. Because if you assume there was no plural sealing, that Joseph is just involved with Mary Heron, without any kind of a marriage, then it’s adultery. If you want to assume there was a plural sealing and that she was also having conjugal relations with her legal husband, then it’s sexual polyandry and this is what Michael Quinn is promoting and believes happened.” (Source: Joseph Smith’s Sexual Polyandry and the Emperor’s New Clothes: On Closer Inspection, What Do We Find?, F.A.I.R. Conference, 2012, emphasis mine. )

According to Quinn, Joseph Johnson was not an uninformed novice about Smith’s polygamy. He was aware that two of his sisters (Delcena in 1842, then Almera in 1843) were his polygamous wives, and that Joseph Smith unsuccessfully asked the Johnson’s 16-year-old daughter Esther to become his wife in the spring of 1843 (Quinn, pg. 22).

Though some were surprised by Johnson’s account of what Joseph had done with Mary Snider, it did not seem to phase Brigham Young and other leaders at all. According to Quinn:

“…this pioneer-defender of Joseph Smith expressed no criticism for what Joseph E. Johnson had said about the Prophet’s ‘frigging.’ Instead, Brigham merely chastised Johnson for his adulterous conduct, and instructed the Church court to rebaptize him. Aside from being temporarily disfellowshipped in Iowa, he received no punishment from the Church court over which Brigham presided in Utah.“ (ibid, pg. 23, emphasis mine.)

Why would Joseph Smith be having sex with the wife of another, faithful Mormon? And why would Joseph E. Johnson bring this fact up in a church court where he claims that he knows adultery is wrong, and that he would never “plight his faith” on “Joseph [Smith’s] transactions”? This indicates that Johnson knew that Joseph was having sex with Johnson’s mother-in-law in a way that Johnson linked with his own adultery.  As Brian Hales wrote:

[An interpretation of the evidence] “…also acknowledges the existence of sexual relations between Joseph and Mary and assumes the two were sealed in a plural marriage making Mary Heron Joseph Smith’s thirty-fifth plural spouse.  It also assumes that at that time, Mary was also experiencing conjugal relations with her legal husband, John Snider, thus creating a sexual polyandry situation. This version also describes the Prophet as an adulterer and a hypocrite because he taught that sexual polyandry was adultery (D&C 132:63).  D. Michael Quinn apparently concurred, writing in his notes (now housed at Yale University): ‘If the statements about Joseph Smith in this trial are accurate, and they do not seem to be disputed with respect to the impropriety of circulating them, then JOSEPH SMITH HAD SEXUAL INTERCOURSE (AND PRESUMABLY PLURAL MARRIAGE) WITH MARY HERON SNIDER.’” (emphasis in original)

Hales attempts to downplay this as adultery by trying to claim that since Mary and John Snider did not have any children after 1828 (when their son John was born), their marriage was therefore sexless, and this scenario somehow gave Joseph Smith the right to claim her as a wife and have sex with her; and that she only stayed married to John Snider to create what Hales calls a “front husband.”

Yet, Mary traveled to Salt Lake City with John Snider in 1847, where she died in 1852 (still his wife). Also, John and Mary had a daughter Julia who was born in 1833. Still, because there were no other children after 1833, is that reason enough to make the assumption that the marriage was sexless and therefore Joseph was justified in having sex with another man’s wife?

Or that the rightful husband was not having sex with her, and was only a “front” or prop husband? She simply could have had health issues, or complications from her last pregnancy that made it difficult for her to conceive, or any number of other reasons. What legitimate reason could there ever be for a “front husband”?

Why would these “front husbands” agree to such a thing? One argument that is often used by those who claim that these are legitimate marriages is that there is no record of them having “complained” about it; and that the husbands simply stopped having relations with their wives to allow Joseph to do so, therefore, what Joseph did was not adultery or polyandry, but a legitimate marriage approved by God, who approved of this deception by everyone involved.

Would you consider what Joseph Smith did with Mary Snider adultery or a legitimate marriage? We will further discuss this issue in Part II.