Litigation and the Mormon Church

A couple of months back grindael mentioned a trademark lawsuit that was brewing between the Mormon Church and a dating service called Mormon Match. The Church is claiming trademark infringement in Mormon Match’s use of the word “Mormon” and is seeking to force the dating service to change its name. Intellectual Reserve, Inc. (the holding corporation for the Church’s trademarks and copyrights, wholly owned and operated by the Mormon Church) has brought numerous claims against Jonathan Eller, the Mormon entrepreneur behind Mormon Match. 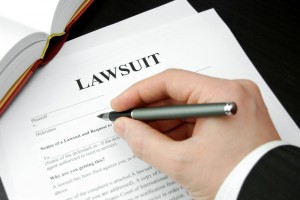 On May 30, 2014 the Electronic Frontier Foundation (EFF) filed a “friend of the court” brief in support of Jonathan Eller. EFF describes itself as “a nonprofit civil liberties organization that has worked for more than 20 years to protect consumer interests, innovation, and free expression in the digital world.” EFF has interest in this case, arguing that the cost of defending this and similar frivolous lawsuits overpowers and stifles small businesses as well as “authors, filmmakers, cartoonists, songwriters, and other creators” who “feel pressured or succumb to meritless infringement claims.”

“Cases such as this one, where the affirmative defense of fair use is so clear from the outset, can and should be dismissed at the earliest possible stage of litigation. As this Court is aware, discovery can be expensive and time-consuming in trademark cases. In addition to the usual attorneys fees and costs, litigants must often hire experts to conduct and/or debunk large surveys identifying consumer confusion. These expenses quickly add up to eye-popping amounts. See, e.g., Mattel, Inc. v. Walking Mountain Prods., …(awarding defendant $1,584,089 in legal fees and $241,797 in costs). Such expenses can be enough to stifle a business in its infancy, no matter how meritorious the company’s legal position. Some start-up entrepreneurs will choose to play it safe by changing the content of their services, or not creating certain services at all, because they cannot afford to litigate their rights.”

Millions of dollars. When I learned how expensive this sort of litigation is, I wondered how Mormons feel about their church spending so much on something that seems like an eternally insignificant thing; perhaps members’ tithing money is being used to “stifle” and “pressure” a fellow Latter-day Saint who is just trying to provide a welcome service to his brothers and sisters in his faith. Is this the best way to use the Church’s funds, I wondered?

But while I was thinking about this, I came across a post on the Exploring Mormonism blog site titled, “Structure of the Corporation of The President / Bishopric (Actual LDS “Church”)” posted on 2 June. Looking at all the financial holdings of the Mormon Church made me realize that, though a million dollars would be impossible for my church (and many others) to spend on a frivolous lawsuit (indeed, such an expense would never even be considered), it is less than a drop in the bucket for the Mormon Church. Between the Church’s ownership of insurance companies, communications, utilities, investment companies, apartment buildings, ranches, farms, office complexes, tourist attractions, schools, and shopping malls, a million dollars (plus) for trademark litigation doesn’t seem like a big deal. 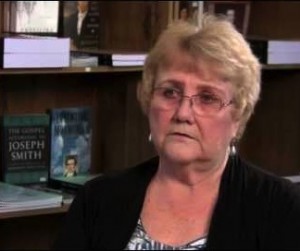 But it is a big deal for Jonathan Eller, just like it was a big deal in 1999 when Intellectual Reserve, Inc. sued Utah Lighthouse Ministry and Jerald and Sandra Tanner for alleged copyright infringement. In the Tanner’s case, their Motion to Dismiss was refused by the court. Because of their limited resources they chose to settle out of court, disappointing many who believed a ruling on this “David and Goliath” case would set important precedent for the future of the internet.

Regarding the decision to settle, Sandra Tanner explained,

“This settlement by Utah Lighthouse Ministry is not an admission of wrongdoing or liability. This settlement is the means by which we can end this costly litigation and continue with our original goal and purpose: to provide critical research and information to the public on the LDS Church through our books, newsletters, and on our web site www.utlm.org.”

EFF also weighed in on the UTLM suit, stating,

“I’m sorry to hear that they settled, but I’m not surprised. In this case, I believe the Tanners were completely in the right. A link [the subject of the lawsuit] is simply a reference that points someone in the direction of where they can find information. But the trend we’re seeing now is that large corporations, like the LDS church, are using the club of litigation as a way of controlling speech. Copyright litigation is becoming one of the most effective ways of silencing critics.”

Rather than defending themselves against the Mormon “club of litigation,” the Tanners chose to use their resources to pursue their original goal and purpose; namely, the ministry to which they had been called.

Perhaps the Mormon Church, too, is using its resources to pursue its original purpose. But in that case the question must be asked: If spending millions of dollars wielding a “club of litigation” against friend and foe alike accomplishes that goal, what exactly is the Mormon Church’s purpose?

12 Responses to Litigation and the Mormon Church