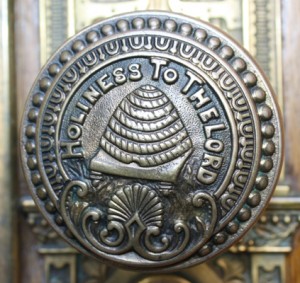 Last week (June 11, 2014) The New York Times reported that the Mormon Church is threatening two highly visible members with excommunication. Kate Kelly, the founder of Ordain Women (which seeks to bring about change in the Mormon Church’s priesthood restrictions) and John Dehlin, the man behind Mormon Stories Podcast (which features discussions of interest to Mormons questioning various aspects of their faith) were both notified that they are facing “excommunication for apostasy.” These Latter-day Saints have rocked the Mormon world via their forthright and bold treatment of what they see as problems within the Mormon Church – doctrinal, historical, and cultural. And while they disagree with many things Mormon, both of them express continuing love for the Church; neither of them want to be excommunicated.

On the Mormon Stories website John Dehlin admits that he no longer believes “many of the fundamental LDS church truth claims”; nevertheless, when given the option of resigning from the Church or facing Church discipline, he said,

“I will not be resigning my membership. I love the church too much to resign from it.”

In response to questions regarding the threatened excommunications, the Mormon Newsroom website offered a general explanation of the need for Church discipline:

“Sometimes members’ actions contradict Church doctrine and lead others astray. While uncommon, some members in effect choose to take themselves out of the Church by actively teaching and publicly attempting to change doctrine to comply with their personal beliefs. This saddens leaders and fellow members. In these rare cases, local leaders have the responsibility to clarify false teachings and prevent other members from being misled.”

While the Mormon Church has the right – and the responsibility – to set boundaries and discipline church members, one has to wonder what effect this particularly public move may have on the Church at large. Consider a few of the things that have been happening since the pending Church discipline has become public.

The New York Times said this forceful move by the Church “to quash such prominent critical voices” is “a sudden change of course for the Church of Jesus Christ of Latter-day Saints, which had been working to project an image of greater diversity and openness.” Will the watching world now see Mormonism in a less favorable light? 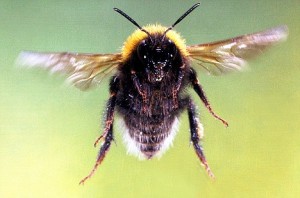 The Herald Journal of Logan, Utah is running an online poll asking readers, “Would you support the excommunication of Mormon activists John Dehlin and Kate Kelly?” At the time of this writing, the “No” response outnumbered “Yes” by nearly 4 to1.

Mormon blogger Jana Riess is very troubled by the Church’s actions toward Kelly and Dehlin. She asked, “Are we looking at a Mormon purge?” Dr. Riess compared the pending discipline of Kelly and Dehlin to the 1993 Mormon Purge wherein six Latter-day Saints (The September Six) were excommunicated or disfellowshipped “for publishing scholarly work against Mormon doctrine or criticizing Church doctrine or leadership” over a 12-day period in September of that year.

As she blogged about the current discipline of vocal non-conformist Church members, Dr. Riess wondered if she, too, should expect a disciplinary letter stemming from her own outspokenness. She wrote,

“If that’s what is coming for me, so be it. I would be terribly sad to be disfellowshipped or excommunicated from my church — excommunication meaning, literally, out of community.

“I’ve been a Mormon for more than twenty years. This is my home, and Mormonism is part of my core identity. I love it.

“But I have always known there might be a price for having my own opinions in a culture that so values conformity and obedience.

“If the point of these pending excommunications is to strike fear in the hearts of other Latter-day Saints who love the Church but do not always agree with it on matters of social justice, then it has already failed. For Zion’s sake, and for my own, I will not keep silent.”

This disciplinary action by the Mormon Church has caused Dr. Riess to plant her flag, choosing freedom of thought and expression over allegiance to the Church.

Tim Malone is a Mormon blogger (Latter-day Commentary) who loves the Church and sustains Church leaders. Nevertheless, he wrote that he can no longer stand idly by and watch injustice done. Therefore, he surrendered his temple recommend:

“Because I disagree with the excommunications taking place in other stakes of individuals I have come to know and love – first online and then in person – I felt it would be less than honest to keep my temple recommend. I turned it in because I could no longer answer no to the question about ‘affiliating’ or ‘sympathizing’ with individuals who the church has cast out for apostasy. I do sympathize with them and I do intend to affiliate with them…” (emphasis in the original)

Because of the Church’s disciplinary actions toward Kate Kelly, John Dehlin, and Alan Rock Waterman (Pure Mormonism), another Mormon blogger has found the courage to come out of hiding and publicly declare,

All of these are relatively insignificant examples of fallout the Church has already experienced and maybe it won’t go any further. But Elizabeth Day thinks otherwise. She wrote,

“I have a feeling that there will be people like me—maybe in the hundreds, maybe in the thousands—who will realize that this is the moment to speak out. To add our voices to those of Dehlin and Kelly and Waterman. To come out of the closet with our thoughts, or our doubts, or our disagreements.”

If the Church’s current disciplinary actions cause hundreds or thousands of Mormons to more closely examine the Church, its history, and its doctrines, I pray that these people come to find they must abandon the false system of Mormonism. I pray that as they turn away from the Mormon Church they will find love and acceptance in Jesus as He waits for them with open arms.