The wise biblical King Solomon wrote, “There is nothing new under the sun” (Ecclesiastes 1:9). Researcher Rick Grunder has provided a great latter-day example of “What has been is what will be.” In his massive work, Mormon Parallels: A Bibliographic Source, Mr. Grunder provides readers with an interesting look at names found in the Book of Mormon and a parallel source that could have aided Joseph Smith as he wrote it. 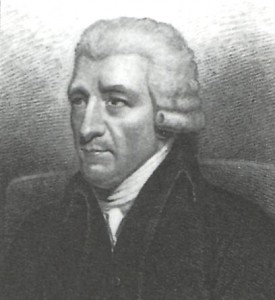 In 1732 John Walker was born in England. As an adult, Mr. Walker was known as an “actor, elocutionist and lexicographer,” teaching and lecturing on elocution. In 1791 he published his Critical Pronouncing Dictionary in London. This work was reprinted in many editions and abridgements, one of which was advertised in the Palmyra (New York) Herald on September 24, 1823, and another suggested for inclusion in the curriculum for Colesville, New York schools in 1826 (in Joseph Smith’s neighborhood).

“I have selected the following list of names and terms which I find similar to, resonant with, or identical to Book of Mormon names.  On page 79 alone appear not only the three eldest male members of the leading Book of Mormon family (Lehi, ‘Lah’man’ and Lemuel), but the Book’s first villain as well (Laban), plus two notable Master Mahan/secret combination protagonists in Joseph Smith’s 1830 Book of Moses (chapter 5): Lamech and Irad.  Walker’s Key also provides the unusual reference to the Apocryphal name Nephi, p. 81.  Of additional interest is a pronunciation rule to which ‘Ne´ phi’ is here referenced, showing the same pronunciation that is used by Mormons today.

“In preparing this list, I have excluded a number of the most famous biblical names shared or recalled by Book of Mormon people, as well as the names of exclusively biblical locations referred to in the Book of Mormon (primarily in 2 Nephi). Names which I place in LARGE & SMALL CAPITAL LETTERS, (not followed by comparison names in parentheses) are identical to names in the Book of Mormon.  Names which I signal with an asterisk (*) occur in Walker’s Key with added prominence by appearing first or last in a page column.”

Mr. Grunder’s list includes 137 of the 300-plus proper names found in the Book of Mormon. For you to get a taste of the list, the “A” section looks like this:

As another example, page 79 from Mr. Walker’s Key includes these notable parallels:

Rick Grunder’s research does not prove that Joseph Smith used Mr. Walker’s Key in writing the Book of Mormon. Indeed, Mr. Grunder does not even hint at this. Rather, he writes,

“I seek not so much to prove what another young man did or did not do in the nineteenth century, as to test in some measure the many easy assurances that I have heard since my own youth, that Joseph Smith simply could not have created the many unusual names which appear in the Book of Mormon.”

Along with King Solomon we affirm that there is nothing new under the sun. Joseph Smith did not need to create 300 new and unique proper names to fill out the Book of Mormon; many sources were available to him to draw from as he composed the book. 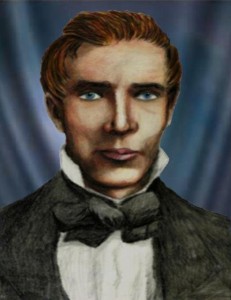 The reason this research is significant is that it is another piece in the grander puzzle to consider when contemplating the truth or falsity of the Mormon Church’s claim that Joseph Smith is “God’s mouthpiece.” Mormon Apostle Joseph Wirthlin wrote,

‘To consider that everything of saving significance in the Church stands or falls on the truthfulness of the Book of Mormon and, by implication, the Prophet Joseph Smith’s account of how it came forth is as sobering as it is true. It is a “sudden death” proposition. Either the Book of Mormon is what the Prophet Joseph said it is, or this Church and its founder are false, a deception from the first instance onward.

“‘Not everything in life is so black and white, but the authenticity of the Book of Mormon and its keystone role in our religion seem to be exactly that. Either Joseph Smith was the prophet he said he was, a prophet who, after seeing the Father and the Son, later beheld the angel Moroni, repeatedly heard counsel from Moroni’s lips, and eventually received at his hands a set of ancient gold plates that he then translated by the gift and power of God, or else he did not. And if he did not, he would not be entitled to the reputation of New England folk hero, or well-meaning young man or writer of remarkable fiction. No, nor would he be entitled to be considered a great teacher, a quintessential American religious leader, or the creator of great devotional literature. If he had lied about the coming forth of the Book of Mormon, he would certainly be none of these…

“‘Joseph Smith must be accepted either as a prophet of God or else a charlatan of the first order…’” (“The Book of Mormon: The Heart of Missionary Proselytizing,” Ensign, 9/2002, 14)

Did Joseph Smith “lie about the coming forth of the Book of Mormon”? Did he find those proper names he used engraved on gold plates, or did he find them listed in the back of a schoolbook? The Bible warns again and again against being deceived by false prophets and deceitful workers; the world has seen countless charlatans across the centuries. To follow them is naught but (borrowing the poetic words of Solomon) “striving after wind.”

“Do not work for the food that perishes, but for the food that endures to eternal life, which the Son of Man will give to you. For on him God the Father has set his seal…the bread of God is he who comes down from heaven and gives life to the world…I am the bread of life; whoever comes to me shall not hunger, and whoever believes in me shall never thirst…whoever comes to me I will never cast out…everyone who looks on the Son and believes in him should have eternal life, and I will raise him up on the last day.” (John 6:27-40)

May we all cease striving after wind and instead find life in Jesus, the very bread of God.