The Dedication of Louie B. Felt

Posted on October 2, 2014 by Sharon Lindbloom

In December of 1866, three months after they first met, 26-year-old Joseph H. Felt and 16-year-old Sarah Louisa (Louie) Bouton were married in Salt Lake City. Louie became the first Primary general president in the Mormon Church, serving in that capacity for 45 years. She is featured in an article found in the July 2014 Ensign magazine.

The article praises Louie’s sacrifices, dedication, and life’s work with children in the Church. Though childless herself, according to the article, she “found fulfillment in loving, teaching, and serving others’ children.” Louie B. Felt sounds like remarkable woman. But she was dedicated to more than just children.

After nearly 10 years of childless marriage, Louie sat her husband down and suggested that he take a plural wife – a young woman from her ward that Louie cared deeply about, Alma Elizabeth (Lizzie) Mineer. It was Louie’s hope that Lizzie and Joseph would have the children she longed for, so on August 23, 1875 35-year-old Joseph wed the beautiful 20-year-old Swedish girl that Louisa loved. Lizzie and Joseph had 6 children together. Louie called Lizzie to serve with her in the Primary General Presidency as Louie’s First Counselor, where Lizzie served for six years. When Lizzie’s oldest daughter died in 1916, Louie took in her four children and raised them to adulthood. One biography I read said that Lizzie was at Louie’s side when Louie died in 1928. Louie and Lizzie were very close throughout their entire lives. But Lizzie isn’t mentioned in the Ensign article.

About six years after bringing Lizzie into her home as a sister wife in 1875, Louie again prevailed upon her husband to marry another of Louie’s young friends. In March of 1881 Elizabeth Liddell from Northumberland, England became the third wife of forty-one-year-old Joseph Felt, two days after her 20th birthday. Joseph and Elizabeth became the parents of 7 children.

Louie encouraged her husband to live The Principle of plural marriage, enduring hardship because of it. When the government began clamping down on polygamy, Louie’s family had to split up and flee their home, spending months in exile. And twice Louie was compelled to leave Utah Territory altogether to avoid having to testify against her husband. 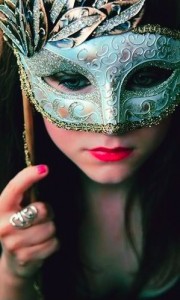 Predictably, the Ensign left all of this out of its biographical article on Louie B. Felt.

Polygamy is controversial, but it is a defining element in the history of Mormonism. Everybody knows this (or they should). Mormon women like Louie sacrificed so very much in order to live the dictates of their religion. It seems a great disservice to their memories, to their sacrifices, and to their dedication, to sweep their true “family life” under the rug so that Mormonism can present a prettier face to the world — a face that continues to hide behind a fabricated mask.

25 Responses to The Dedication of Louie B. Felt