Mormonism and Its First Level Truths

Posted on February 23, 2015 by Sharon Lindbloom 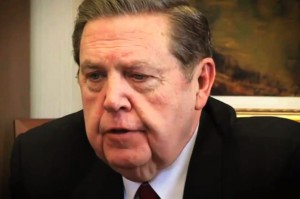 On February 6, 2015 LDS apostle Jeffrey Holland gave a public address titled, “An Evening with Jeffrey R. Holland” (see video here). He directs his remarks primarily to Church Educational System teachers and leaders, encouraging them to teach their Mormon students mindfully and thoroughly. Mr. Holland spends a few minutes speaking to the issue of questions of “doctrine, history or Church practice that can and often does arise as the work unfolds. You’ve heard these questions,” Mr. Holland tells his audience. “We’ve recently addressed a dozen or so of these issues in a series of essays, desiring to be both accurate and transparent within the framework of faith. Not all gospel questions have answers yet, but they will, and they’ll come.”

“In the meantime, I have a question! What conceivable historical or doctrinal or procedural issue that may arise among any group could ever overshadow or negate one’s consuming spiritual conviction regarding the Father’s merciful plan of salvation; His only begotten Son’s birth, mission, atonement and resurrection; the reality of the First Vision; the restoration of the priesthood; the receipt of divine revelation both personally and institutionally; the soul shaping spirit and moving power of the Book of Mormon; the awe and majesty of the temple endowment; one’s own personal experience with true miracles; and on and on and on? It is a mystery to me – talk about a question! – it is a mystery to me how those majestic, eternal first level truths so central to the grandeur of the whole gospel message can be set aside or completely dismissed by some in favor of obsessing over second or third or fourth level pieces of that whole. To me, this is, in the words attributed to Edith Horton, truly being trapped in the thick of thin things.” (Beginning around the 50:50 mark in the video.) 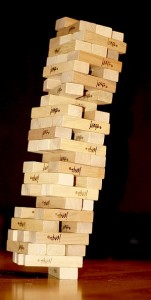 There really is no mystery here. Mormonism is not built on a wide and solid foundation of pillars of majestic truth as suggested by Mr. Holland. It is more like a Jenga tower, with a foundation of just one slim truth-claim that must support the whole. All of Mormonism is built on Joseph Smith and, like a Jenga tower, when his pronouncements and accomplishments are proven unsound, the whole of the tower topples.

Whether the questions troubling Mormons are about the plan of salvation, the First Vision, the LDS priesthood, continuing revelation, the Book of Mormon, “and on and on and on,” or same-sex marriage and women in the priesthood, they all come back to Joseph Smith, the foundation of the Mormon Church. Past LDS President Gordon B. Hinckley told the media in Salt Lake City why he was convinced that Joseph Smith’s teachings and messages were still so important in 2005:

“Because they are the foundation of our faith. Everything we have is a lengthened shadow of Joseph Smith. He was the key figure in the restoration of the gospel as we have it, and our foundation of doctrine and practice and procedure all come down from him.” (Church News, 3/19/2005, 3)

The December 2014 Ensign magazine included an article by Marlin K. Jensen in which he told readers,

“It is important that we become familiar with our Church’s history, especially with its founding stories. These stories – Joseph Smith’s First Vision, the coming forth of the Book of Mormon, angelic visitations by John the Baptist, Peter, James, John, Elijah, Elias, and others – contain the foundational truths upon which the Restoration is based.” (Lessons from the Sacred Grove,” 71) 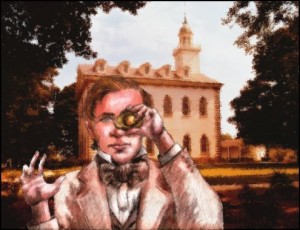 Who said Christianity was corrupt and needed to be restored? Joseph Smith.

Who said Joseph Smith was called by God to be the prophet of this dispensation? Joseph Smith.

Who said the Bible was filled with errors? Joseph Smith.

Who said the Book of Mormon was the most correct book on earth and would get a person closer to God than any other book? Joseph Smith.

Who said the words of latter-day prophets are to be accepted as the very word of God? Joseph Smith.

Mr. Holland’s mystery is no mystery at all. “Those majestic, eternal first level truths so central to the grandeur of the whole gospel message can be set aside or completely dismissed” because these, as well as the “second or third or forth level” doctrines of Mormonism, all trace back to the pronouncements of Joseph Smith, a man revealed through his own history as a false prophet.

Mormonism is built on Joseph Smith, and everything in the Church is a lengthened shadow of him. Every doctrine, every practice, every procedure is built on, and flows from, his claim to speak for God.

It was Joseph Smith’s claim that his church is the only true and living church upon the face of the whole earth (D&C 1:30) that led eventually to a Mormon apostle’s pronouncement that “This Church…is the way, the truth, and the life” (Marion G. Romney, quoted in the Book of Mormon Student Manual: Religion 121 and 122, 26).

Friends, Jesus is the way, the truth and the life (John 14:6). Though we are dead in our trespasses and sins, nevertheless, God, being rich in mercy, will make us alive together with Christ—by grace He saves us—and raises us up with Him and seats us with Him in the heavenly places in Jesus, so that in the coming ages He might show the immeasurable riches of His grace in kindness toward us in Christ. By grace we may be saved through faith. This is not of our own doing; it is the gift of God (see Ephesians 2:4-9). 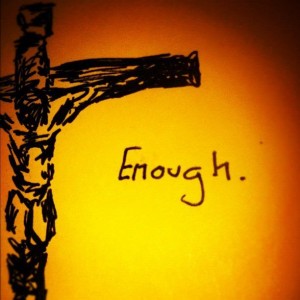 31 Responses to Mormonism and Its First Level Truths