Mormons Studying the New Testament in 2015

The Mormon Church’s Sunday School course of study for 2015 is the New Testament. Accordingly, Gig Harbor, WA newspaper columnist Alfred Gunn (LDS) wrote a column for The Peninsula Gateway titled, “The Bible as a treasured course of personal study.”

A central point of the article seems to be that of convincing non-Mormons that Mormons love the Bible and hold it in high esteem. Mr. Gunn wrote:

“To anyone harboring the persistent misconception that ‘Mormons are not Christians because they have their own Bible, the Book of Mormon,’ we say that we believe in the Lord Jesus Christ as our Savior and the author of our salvation and that we believe, revere, study and love the Holy Bible. We do have additional sacred scripture brought forth by the Lord, including the Book of Mormon, which supports the Bible, never substituting for it.”

Those reading Mr. Gunn’s column, therefore, would be surprised to learn what Mormon leaders have taught about the Bible. For example, regarding the content of the Bible, Joseph Smith explained,

“There are many things in the Bible which do not, as they now stand, accord with the revelations of the Holy Ghost to me.” (Teachings of the Prophet Joseph Smith, 310. See also History of the Church 5:425)

Regarding the fidelity of the Bible, Mormon apostle Mark E. Petersen said,

“Many insertions were made, some of them ‘slanted’ for selfish purposes, while at times deliberate falsifications and fabrications were perpetrated.” (As Translated Correctly, 4)

Regarding the accuracy of the Bible, the LDS First Presidency wrote:

“Many versions of the Bible are available today. Unfortunately, no original manuscripts of any portion of the Bible are available for comparison to determine the most accurate version. However, the Lord has revealed clearly the doctrines of the gospel in these latter days. The most reliable way to measure the accuracy of any biblical passage is not by comparing different texts, but by comparison with the Book of Mormon and modern-day revelations.” (Presidents Ezra Taft Benson, Gordon B. Hinckley, and Thomas Monson, “Letter Reaffirms use of King James Version Bible,” Church News, June 20, 1992, 3)

Regarding the value of the Bible within the Mormon faith, the Church’s 13th President wrote,

“All scripture is not of equal value. The book that is the ‘keystone of our religion’ [i.e., the Book of Mormon] and that will get a man ‘nearer to God by abiding by its precepts, than by any other book’ needs to be studied constantly.” (Ezra Taft Benson, A Witness and a Warning, vii) 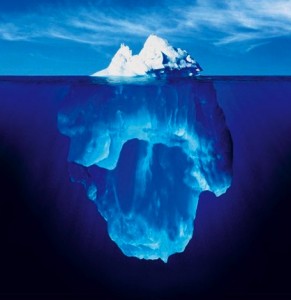 Regarding the value of the Bible as pertains to eternal life, LDS apostle Bruce McConkie wrote,

“It is the Book of Mormon, not the Bible, that prepares men, in the full and true sense, for the Second Coming of the Son of Man. And when the eternal ledgers are finally balanced, more souls will have been saved in the celestial kingdom — ten thousand times over — because of the Book of Mormon than have so obtained because of the Bible. It is the Book of Mormon that proves the restoration of the gospel; that converts penitent souls to its saving doctrines; that gathers Israel from all the nations of the earth; that guides and inspires those sainted souls who are preparing themselves to abide the day of the coming of the Lord; and that will continue to guide and inspire gathered Israel in the great Millennial day that lies ahead.” (Bruce R. McConkie, A New Witness for the Articles of Faith, 394).

Regarding the need for the Bible, LDS apostle Bruce McConkie taught,

“By way of perspective, as far as gaining salvation is concerned, the Bible is far excelled—immeasurably so—by the Book of Mormon and the other latter-day revelations. These modern scriptures are in fact the ones that must be believed and accepted in order for us to be saved. If it came right down to it, those of us who live in the dispensation of the fulness of times could be saved if there were no Bible at all, because the gospel truths and powers have all been given anew to us by direct revelation.” (Bruce R. McConkie, “The Bible: A Sealed Book,” a BYU speech given to LDS Seminary and Institute teachers, August 1984)

This small sampling of Mormon teachings on the insufficiency, fallibility, and inferiority of the Bible is just the tip of a very large iceberg. When Mr. Gunn wrote that Mormons “believe, revere, study and love the Holy Bible,” he must have had some private qualifiers in mind that he neglected to share with his readers. For Mormonism is built on the foundation of a corrupted Bible (I Nephi 13:26) and a corrupt Christianity (JS-History 1:19) — both requiring Joseph Smith to correct and restore them.

For Mormons, the Bible can only be correctly understood in light of “the doctrines of the gospel” revealed in “these latter days.” I’ll take a look at this in my next blog post coming up on Thursday (January 15, 2015).

27 Responses to Mormons Studying the New Testament in 2015