Posted on February 26, 2015 by Sharon Lindbloom

It was 35 years ago today that then-LDS apostle Ezra Taft Benson (President of the Quorum of the Twelve) delivered his now-famous speech, “Fourteen Fundamentals in Following the Prophet,” to a devotional assembly at Brigham Young University. According to historian D. Michael Quinn, the Mormon Church’s president, Spencer W. Kimball, “was concerned” when he learned about Mr. Benson’s speech, fearing people would see it as the Church “espousing ultraconservative politics” or perhaps “an unthinking ‘follow the leader’ mentality” (Quinn, The Mormon Hierarchy: Extensions of Power, 110-111). President Kimball requested that Mr. Benson apologize to the upper tier of Church leadership (i.e., the First Presidency and the Quorum of the Twelve), and then “explain himself” to the entire body of the Church’s General Authorities (ibid.).

When Mr. Benson explained that his remarks were “meant only to reaffirm the divine nature of the prophetic call,” all was apparently forgiven as life moved on in the Mormon Church. Ezra Taft Benson went on to become the President of the Church five years later.

Corbin Volluz at the Rational Faiths blog has written a really interesting article, “14 Fundamentals in Falsifying the Prophet,” in which he describes how Mr. Benson’s assertion in the speech of Mormon prophetic infallibility eventually became accepted and believed false doctrine within the Mormon Church. Mr. Volluz attributes the rise of this “false doctrine” to Spencer W. Kimball’s negligence when he refrained from issuing “some sort of official public clarification or retraction of the erroneous doctrine” espoused by Mr. Benson in 1980. While Mr. Volluz frames a good argument, I’m not sure I agree with his conclusions. I’m not sure the “concern” voiced by the First Presidency in 1980 was directed at the infallibility issue, and here’s why.

While it is documented that Mormon Church leadership had some misgivings about Mr. Benson’s speech, those misgivings could not have been too severe. In 1982 the Church published Teachings of the Living Prophets, Student Manual Religion 333 which quoted from the speech liberally. In fact, the manual quotes all 14 “fundamentals” from Mr. Benson’s summary just as they appeared in the 1980 press copy. From the 1982 Church manual:

(3-8) What Should We Remember about the Prerogatives of the Living Prophet?

In conclusion, let us summarize this grand key, these “Fourteen Fundamentals in Following the Prophet,” for our salvation hangs on them.

First: The prophet is the only man who speaks for the Lord in everything.

Second: The living prophet is more vital to us than the standard works.

Third: The living prophet is more important to us than a dead prophet.

Fourth: The prophet will never lead the church astray.

Fifth: The prophet is not required to have any particular earthly training or credentials to speak on any subject or act on any matter at any time.

Sixth: The prophet does not have to say “Thus Saith the Lord” to give us scripture.

Seventh: The prophet tells us what we need to know, not always what we want to know.

Eighth: The prophet is not limited by men’s reasoning.

Ninth: The prophet can receive revelation on any matter, temporal or spiritual.

Tenth: The prophet may be involved in civic matters.

Twelfth: The prophet will not necessarily be popular with the world or the worldly.

Thirteenth: The prophet and his counselors make up the First Presidency—the highest quorum in the Church.

I testify that these fourteen fundamentals in following the living prophet are true. (Chapter 3, “The Living Prophet,” 15-16)

Spencer W. Kimball was still leading the Mormon Church when this manual was published in 1982. The body of Church leadership was essentially the same group of men who had listened to Mr. Benson explain himself — and the speech he gave — in 1980. Any concerns over what Mr. Benson taught in the speech would have been pretty fresh while this manual was being prepared. Yet all 14 fundamentals were included in the student manual, a book which remained available on the lds.org website until at least 2004.

In 2010 this LDS Institute manual was revamped. One would expect that the Fourteen Fundamentals summary would be deleted from the new edition if it actually promotes false doctrine or a view of Mormon prophets that is incompatible with current LDS belief. But what happened is virtually the opposite. Rather than quietly removing Mr. Benson’s Fourteen Fundamentals summary, the new edition includes the entire speech. 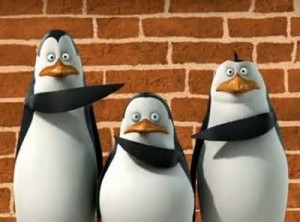 During the 2010 October General Conference, Mr. Benson’s speech was highlighted by two different General Authorities. In 2013 the Church published a new Doctrine and Covenants and Church History Seminary Teacher’s Manual that reprints the summary of Mr. Benson’s 14 points. And this year, 2015, Mormons will be studying the Ezra Taft Benson volume of the Teachings of the President of the Church series, which also features teachings from the Fourteen Fundamentals speech (see Corbin Volluz’s helpful summary of which parts of the speech are included in the 2015 manual following the conclusion of “14 Fundamentals in Falsifying the Prophet”).

Corbin Volluz concludes his Rational Faiths article like this:

Because it stood unchallenged, it became accepted.

Because it became accepted, it was repeated by Church leaders.

And because it was repeated by Church leaders, it became established as doctrine.

And again, it took only 30-years for the time bomb planted by Elder Ezra Taft Benson in his Fourteen Fundamentals speech to go off. And now that it has, its falsification of the role of prophets will become established as official Church doctrine.

Elder Benson’s Fourteen Fundamentals of Falsifying the Prophet is complete.

Mr. Volluz bases his argument on the assumption that the thing that concerned Spencer W. Kimball about Mr. Benson’s speech in 1980 was the idea that Mormon prophets are infallible. And indeed, it is not difficult to find LDS teachings that contradict the idea of an infallible prophet. However, I am not convinced that this was the issue that troubled President Kimball; therefore, I’m not convinced that this “established doctrine” is false doctrine within Mormonism.

What if President Kimball failed to publicly repudiate or clarify the speech in 1980 because he actually agreed with it? Is it possible that President Kimball’s concerns over the speech were centered around the public’s perception regarding the Church’s role in politics, and the way the prophet’s leadership might influence the political process? Is it possible that Ezra Taft Benson’s assurances that his speech was only meant to “reaffirm the divine nature of the prophetic call” (i.e., not speak to the issue of politics) allayed President Kimball’s fears? If so, this would explain why the Church chose to include the 14 points of the speech in its 1982 Student Manual, thereby purposefully establishing it as official Church doctrine. And this is why it is repeated by Church leaders, and reprinted in multiple Church manuals, and accepted as truth.

I’m not saying this is how it was, but I believe it’s a possible scenario; and perhaps equally plausible as the one suggested by Mr. Volluz.

Whatever the truth of the matter is, Ezra Taft Benson’s “Fourteen Fundamentals in Following the Prophet” has enjoyed a continuous and vibrant history in the Mormon Church for 35 years, perpetually warning Latter-day Saints that their very “salvation hangs on” how carefully and unconditionally they follow their prophet. Happy anniversary, Mr. Benson.

25 Responses to The Continuing Call to Follow the Prophet