Some Christians have a difficult time understanding just what is authentic (read: “official”) LDS doctrine. For instance, former Fuller Theological Seminary president Richard Mouw and others like him want to believe that Mormonism can be comprehended by talking to scholars at BYU. This way of thinking completely ignores what has been taught over and over by the LDS general authorities. 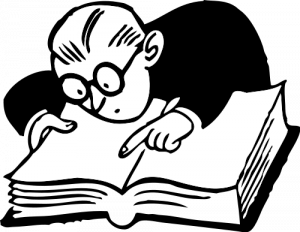 As thirteenth President Ezra Taft Benson is reported to have said in a church manual that is being used twice a month throughout 2015 in adult Sunday classes, “The most important prophet, so far as we are concerned, is the one who is living in our day and age. This is the prophet who has today’s instructions from God to us.” (Teachings of Presidents of the Church: Ezra Taft Benson, 149). Criticizing those who disagree with the prophet, Benson also wrote, “The two groups who have the greatest difficulty in following the prophet are the proud who are learned and the proud who are rich. The learned may feel the prophet is only inspired when he agrees with them; otherwise, the prophet is just giving his opin­ion-speaking as a man. The rich may feel they have no need to take counsel of a lowly prophet” (Ibid., 138).

In addition, page 48 of the 2009 church manual Gospel Principles plainly states, “In addition to these four books of scripture [Bible, Book of Mormon, Doctrine and Covenants, Pearl of Great Price], the inspired words of our living prophets become scripture to us. Their words come to us through conferences, the Liahona or Ensign magazine, and instructions to local priesthood leaders.”

In an article titled “Church Handbooks: The Written Order of Things” by Seventy Per G. Malm published in the September 2015 Ensign magazine, church handbooks can be used to understand Mormonism. Known as Handbook 1 and Handbook 2, these manuals are supposed to be used by local church leaders to determine procedures and beliefs. As Malm explains, “I realize that in addition to the Holy Ghost and the scripture, what really helped me were the Church handbooks.”

The article cites Apostle Dallin H. Oaks who said, “While [the] handbooks do not have the same standing as the scriptures, they do represent the most current interpretations and procedural directions of the Church’s highest authorities” (61).

The First Presidency and the apostles “are men of ‘seasoned maturity, experience, and extensive preparation,’” Apostle Russell M. Nelson adds in the next quote. Malm then writes on page 62, “Thus, the Church handbooks reflect the collective wisdom—derived from tested, proven experiences—of prophets and apostles. That wisdom results in carrying out the mission over time.”

Malm concludes his article on page 65 with a quote from Henry B. Eyring, First Counselor in the First Presidency, who stated that “the handbooks ‘will become a treasure to you as you use [them] to help you lead others to choose the way of eternal life. That is [their] purpose.’”

For once and for all, let’s get rid of the concept that Mormon doctrine can be garnered by talking to our neighbors, co-workers, and yes, even the scholars. Anything that is said by anyone other than the LDS general authorities is relegated to mere opinion unless it can be supported by official teaching. So, the next time a Mormon tells you “the way of eternal life” and you’re not sure if what is being said is official Mormon doctrine, simply ask, “Now where is that found in the church handbook?”