What About Those Essays?

When asked by the New York Times why The Church of Jesus Christ of Latter-day Saints decided to post several “Gospel Topics” essays on its official web site, church historian Steven E. Snow said, “There is so much out there on the Internet that we felt we owed our members a safe place where they could go to get reliable, faith-promoting information that was true about some of these more difficult aspects of our history.” 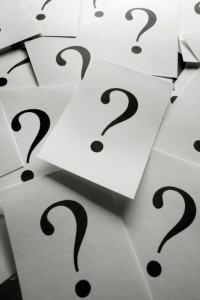 I really don’t wish to sound mean, but experience has shown me that in the context of Mormonism, “reliable” and “faith-promoting” are often two mutually exclusive terms. Even though the LDS Church has taken a big step even talking about “difficult aspects” of its history in some of these essays, they often fail to tell the whole story and at times contain information that is misleading. Rather than be brutally honest (something you would think a “true church” would strive for), they tend to contain a chorus of spin.

I am reluctant to join those who are praising the LDS Church for addressing the controversial characteristics of its past. Don’t get me wrong. I am pleased that this information is now coming from a source that many Mormons are expected to trust. That is a good thing. And because the information is coming from church headquarters, this will no doubt cause many of the faithful to stop and reconsider what they’ve been erroneously led to believe; however, the fact that leaders have waited decades to finally “come clean” causes me to see this as anything but an act of integrity. As Snow admits, the Internet has forced this upon them. Let’s be serious, it may be news to the New York Times and CNN that Joseph Smith, a married man in his 30s, successfully convinced numerous teenagers and married women to “marry” him, but this aspect of Joseph Smith’s life has long been known by those who lead the LDS Church and those who have devoted their lives to studying LDS history and doctrine.

The essay titled “Plural Marriage in Kirtland and Nauvoo” has no doubt caused the most stir. I can recall several conversations I’ve had with Mormons who insisted that Emma was Joseph’s only wife. One of those was with a sister missionary in the north visitor’s center on Temple Square. I challenged her to do what I did, walk across the street to the Joseph Smith memorial building, jump on one the church-owned computers, and look it up herself. I have no way of knowing if she ever did, but I would not be surprised if after our cordial conversation ended, she viewed me as some horrible liar destined for outer darkness.

The LDS Church could have easily addressed Smith’s polygamy and polyandry in the 2007 manual it produced titled Teachings of Presidents of the Church: Joseph Smith. Instead, in the “Historical Summary” listed on page xiv to xxi of the book, only his marriage to Emma is listed. On page seven the manual speaks of the difficult trials the two faced in their marriage. It specifically lists, the “deaths of children, financial difficulties, and Joseph’s frequent absences from home in fulfillment of his duties.” The essay mentioned above says plural marriage “was an excruciating ordeal” for Emma. Why then, was that not mentioned back in 2007?  Perhaps I am asking too much. After all, a similar manual in that series highlighting the teachings of Brigham Young, gave the impression that the second Mormon president was also a monogamist.

Regardless of the motives behind the release of the essays, they will have a significant impact on many members. We are already seeing this. And while there will always be Mormons who will continue to make excuses for the dubious portions of their faith, we must pray for those who truly want to honor God by believing what is true—that they may personally come to know the One who is true.

23 Responses to What About Those Essays?