“The sweet dream of a pure minded boy”

Posted on January 8, 2015 by Sharon Lindbloom 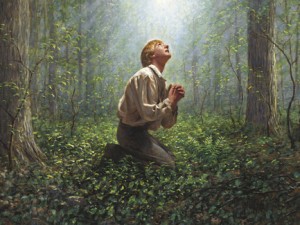 Joseph sought to know “Who of all these parties [Presbyterians, Baptists and Methodists] are right; or are they all wrong together? If any one of them be right, which is it…?” In answer to his prayer, two Divine beings appeared before him.

“Then, to his infinite astonishment, he was told that he, Joseph Smith—young, unlearned, but humble—was to be the instrument through whom the Almighty would reestablish His work in these, the latter day…Such was the glorious beginning of the Restoration of the Church of Jesus Christ.” (“Joseph Smith the Prophet,” David B. Haight, Liahona, June 2002)

According to the official version of the First Vision, Joseph Smith was but 14 years old when this happened. 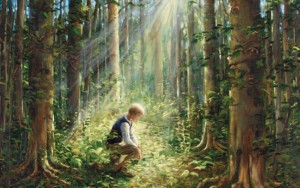 During General Conference in April 1971, noting Joseph Smith’s youthfulness, then-apostle Ezra Taft Benson described him as a “boy prophet.” Indeed, the age of Joseph Smith at the time of his First Vision is typically included as an important part of the story.

For example, the Mormon Church’s Doctrine and Covenants and Church History: Gospel Doctrine Teacher’s Manual instructs, “Teachers of youth may want to emphasize that Joseph Smith was only 14 years old when he received the First Vision” (“I Had Seen a Vision,” 11-15). 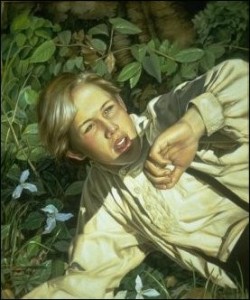 In his own telling of the First Vision story, Joseph Smith referred to himself as “an obscure boy” and “a boy of no consequence” (see Joseph Smith – History 1:22-23).

I think everyone would agree that, at 14 years of age, Joseph Smith was a boy–even a young boy—at the time of this foundational event of the Mormon Restoration.

Yet, even though 14-year-old Joseph Smith is established and accepted as a “boy prophet,” a “young boy,” and a “boy of no consequence,” Mormons choose to describe 14-year-old Helen Mar Kimball as a “woman” or a “young woman” when Joseph Smith was sealed to her as his 25th plural wife.

The LDS Gospel Topics essay, “Plural Marriage in Kirtland and Nauvoo,” refers to all of Joseph Smith’s wives as “women.” It notes that during that time in American history, some “women” married in their “mid-teens.” Though Joseph Smith married two girls at 14 or 15 years of age (Helen Mar Kimball and Nancy Maria Winchester) the essay never uses the words “girls” or “young girls.” But this is what they were.

At the time Joseph Smith married Helen Mar Kimball, she was the same age (within a few months) as Joseph Smith was when he became the “boy prophet.” If Joseph Smith was a “young boy,” Helen Mar Kimball was certainly a “young girl.” It really cannot be had both ways — Joseph a boy and Helen a woman. Either Joseph was a man at the time of his First Vision, or Helen and Nancy were but girls when the 37-year-old prophet added them to his society of plural wives. 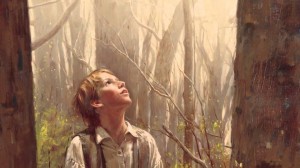 Though it is understandably more comfortable to imagine Helen Mar Kimball as a “woman” when Joseph Smith married her, Latter-day Saints would get a more accurate picture by keeping in mind Mormon-produced First Vision artwork of the boy prophet. There they may find a candid portrayal of some of Joseph Smith’s wives reflected in his youthful face.

*The blog title is a quote from a Church-produced video shown at the Carthage Jail Visitors Center, also found here.

39 Responses to “The sweet dream of a pure minded boy”