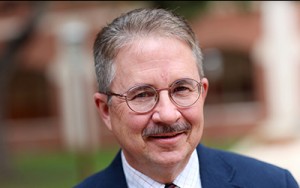 Though the word “cult” has fallen far out of favor, cults and religious sects still exist. Christian author and theologian Roger E. Olson recently addressed the history of the word and its evolving definition in an article titled, “Criteria for Recognizing a Religious Sect as a ‘Cult.’” Because of the fact that there are difficulties in assigning a universal definition to the word, Dr. Olson explains,

“My preference has become to not speak of ‘cults’ but of ‘cultic characteristics.’ In other words, religious groups are, in my taxonomy, ‘more or less cultic.’ I reserve the word ‘cult’ as a label (especially in public) for those few groups that are clearly a threat to their adherents’ and/or public physical safety. In other words, given the evolution of the term ‘cult’ in public discourse, I only label a religious group a cult publicly insofar as I am convinced it poses a danger to people—beyond their spiritual well-being from my own religious-spiritual-theological perspective…

“On the other hand, at least privately and in classroom settings (whether in the university or the church) I still use the label ‘cult’ for religious groups that display a critical mass of ‘cultic characteristics.’”

“…for I contend that the Latter-day Saints are the only good and true Christians, that I know anything about in the world. There are a good many people who profess to be Christians, but they are not founded on the foundation that Jesus Christ himself has laid.” (Joseph F. Smith, November 2, 1891, [Stake conference message], Collected Discourses, 2:305. Ellipses mine)

“I was answered that I must join none of them for they were all wrong; and the Personage who addressed me said that all their creeds were an abomination in his sight; that those professors were all corrupt; that: ‘they draw near to me with their lips, but their hearts are far from me, they teach for doctrines the commandments of men, having a form of godliness, but they deny the power thereof.’” (Pearl of Great Price, Joseph Smith—History 1:19)

“From the day that the priesthood was taken from the earth to the winding up things of all things, every man and woman must have the certificate of Joseph Smith, junior, as a passport to their entrance into the mansion where God and Christ are — I with you and you with me. I cannot go there without his consent.” (Brigham Young, Journal of Discourses 7:238. See also Search These Commandments, 133)

“He [Lucifer] wins a great victory when he can get members of the Church to speak against the leaders and do ‘their own thinking.’ He specializes in suggesting that our leaders are in error while he plays the blinding rays of apostasy in the eyes of those whom he beguiles. What cunning! And to think that some of our members are deceived by this trickery…When our leaders speak, the thinking has been done. When they propose a plan – it is God’s plan. When they point the way, there is no other which is safe. When they give direction, it should mark the end of controversy.” (Ward Teachers’ Message, Improvement Era, June 1945, 354. Ellipses and brackets mine)

“Your endowment is, to receive all those ordinances in the House of the Lord, which are necessary for you, to enable you to walk back to the presence of the Father, passing the angels who stand as sentinels, being enabled to give them the key words, the signs and tokens, pertaining to the Holy Priesthood, and gain your eternal exaltation.” (Second Lecturer, Post-1990 LDS Endowment Ceremony, Evolution of the Mormon Temple Ceremony 1842-1990, p. 110)

“Many of Rosen’s patients fear losing their jobs at Mormon-owned companies, where water cooler chatter revolves around bishops, youth groups and callings. ‘[Ex-Mormons] have to find new peers and new families, so to speak, and sometimes, new places of employment,’ she says. ‘Leaving the church is almost like going into the witness protection program.’” (Newsweek, “When the Saints Go Marching Out,” 1/30/2014. Please note: These “severed ties” as described here are cultural, not “required” by the Mormon Church.)

“Brethren who have been on missions, can you see any difference in this people from the time you went away until your return? [Voices: ‘Yes.’] You can see men and women who are sixty or seventy years of age looking young and handsome; but let them apostatize, and they will become gray-haired, wrinkled, and black, just like the Devil.” (Brigham Young, Journal of Discourses 5:332. Brackets in original)

“Of course, much of Latter-day Saint volunteerism is religious in nature; for example, congregants volunteer time to teach youth scripture classes or help prepare the chapel for Sunday worship, among other things. Yet, as the study points out, active Church members also dedicate 151.9 hours annually to serving in the Church’s social and community initiatives, such as Boy Scouts of America or the Church’s worldwide welfare and humanitarian aid programs. Aside from these efforts, the study found that individual members give an additional 34 hours annually to other social causes unrelated to the Church.” (“Mormon Volunteerism Highlighted in New Study,” Mormon Newsroom website)

“Endowed members should wear the temple garment both day and night. They should not remove it, either entirely or partially, to work in the yard or for other activities that can reasonably be done with the garment worn properly beneath the clothing. Nor should they remove it to lounge around the home in swimwear or immodest clothing. When they must remove the garment, such as for swimming, they should put it back on as soon as possible. Members should not adjust the garment or wear it contrary to instructions in order to accommodate different styles of clothing. When two-piece garments are used, both pieces should always be worn. The garment is sacred and should be treated with respect at all times. Members should keep their garments clean and mended. They should not alter the garment from its authorized design. Nor should they display it or expose it to the view of those who do not understand its significance.” (Church Handbook of Instructions, 1998, 68)

In his article, Dr. Olson notes that all sorts of religious organizations may exhibit some “cultic characteristics” some of the time, but he makes distinctions between those that are “more or less cultic.” Dr. Olson has advice for people in religious groups that fall on the more cultic side of the spectrum; that is, those that “display a critical mass of ‘cultic characteristics’”:

“My recommendation to people caught in such abusive religious environments is to leave as quickly as possible.”

14 Responses to Cultic Characteristics in Mormonism