How the LDS Church Prepares Its Members for Atheism (Part 1)

[The following is the first of a five-part essay offered by Mormon Coffee guest contributor Joshua Valentine (aka spartacus). All five parts of this series will be posted in succession, following our regular schedule of new posts appearing each Monday and Thursday.]

Why do so many Mormons become atheists? Whatever the validity of the observation, online discussions of this topic usually only revolve around the answers of not wanting to be fooled again, burnout, and that the same things that deconstruct Mormonism deconstruct all religions. All of these look outside for an answer, but what about Mormonism, itself?  The very doctrines, teachings, and culture of The Church of Jesus Christ of Latter-day Saints not only directs its members toward atheism but actually gives them atheistic beliefs and atheistic perspectives such that, upon exiting the LDS faith, they find themselves closer to atheism on the spectrum of worldviews than to anything else. 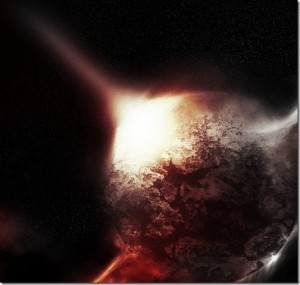 In fact, it is Mormon doctrine that actually provides much of the content of an atheist worldview. Mormonism is the most materialistic worldview next to atheism. In Mormon doctrine, it is not the Mormon God or Gods, but Matter, itself, which is truly eternal, having existed from everlasting to everlasting.  With Matter are Eternal Laws or Principles as well. These exist before and independently of the Mormon God. In fact, the Mormon God, like all Gods before him, is himself made up of this eternal matter and subject to these eternal laws or principles.  Joseph Smith taught that spirit was actually matter, just a more “fine” form of it. God, according to Mormonism, had to obey these Eternal Principles in order to progress from eternal fine matter, or “intelligence,” to a god. This is in stark contrast to many religions that assume that independence from, and being the source of, all creation is definitive of what it means to be “God” or the “Ultimate.” However, in LDS cosmology, Matter and Eternal Law are the true Ultimate, not God.

Thus, The Church of Jesus Christ of Latter-day Saints provides its members an understanding of the universe that is nearly identical to that of naturalistic atheism, where matter and its inherent properties that are described by humans as universal physical laws are ultimately all there is. When a member realizes that the Mormon God does not exist, when this deity is removed from the materialist LDS worldview, they are left with a materialist atheist worldview already in place, provided by the LDS Church.

The Church of Jesus Christ of Latter-day Saints teaches the Plan of Happiness.  One of the main purposes of the Mormon God is to bring about the eternal life and happiness of mankind.  The LDS Church teaches that traditional family is critical to this happiness. Mormons are known for holding the family in high regard.  Outsiders who study the religion find it difficult not to conclude that Mormons practically deify their family by their devotion to it, and how it plays such a prominent role in the purpose of existence, and the definition of happiness, and even heaven, itself. In fact, the Mormon God is subsumed into the human family as the literal physical father of all spirits.  Mormons are also known for their service to others. With the exalted doctrine of family and the principles of greatest good being service to humans and family, the ex-member has already embraced the highest good in atheist practice – loved ones and humankind.

The Church of Jesus Christ of Latter-day Saints also teaches that God and humans are of the same kind or species. It teaches that God used to be a regular human and that humans can become Gods.  All Gods and humans started as “intelligences,” or fine spirit matter. By an unknown process, this intelligence is embodied in a spirit body provided by a previous God and Goddess’ reproductive activity. The resultant “spirit child” may eventually obtain a physical body, living on a world as a human.  The human may, upon dying and an unknown number of millennia in the afterlife, attain “exaltation” and become another God, and the process repeats. In this way, the LDS Church teaches that humans are the highest form of life in the universe, and that our development as individuals and the continuation of our posterity are the highest good. This is strongly analogous to the closest thing to purpose in atheism, the development and continuation of species and, the highest form of life in particular, humankind.

The primacy and essentiality of the family in the LDS conception of purpose and eternal happiness does not simply give a sense of idolatry but the “eternal round” of gods making spirit babies, who become humans, who become gods, and repeat endlessly is also a sacralizing of reproduction and genetic continuance. The LDS Church teaches that the glory of God is this eternal increase of his posterity. This increase is also only possible through the most worthy members, those who have overcome the challenges of life and flourished in the LDS gospel of laws and ordinances. One could say that Mormonism is a religion of not only individual evolution from spirit to human to god, but also a religion of the exaltation of the fittest. Upon leaving the LDS Church and relinquishing belief in its transcendent dimensions of god and afterlife, ex-members are by default evolutionary atheists whose highest good and reason for what they do is their own happiness, which in its greatest form is found in benefitting and continuing the human race.