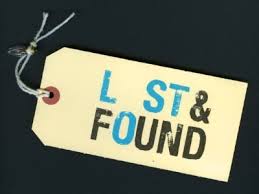 This has been going on for far too long. BYU Professor Robert Millet, as part of his continuing apologetic for the Mormon doctrine of exaltation (i.e., faithful Mormons becoming Gods), perseveres in asserting that this doctrine did not originate with Mormonism, but was taught by the early (Christian) church fathers. Dr. Millet said as much in the 1998 book, Latter-day Christianity: 10 Basic Issues. He said it at a 1998 Church Educational System Fireside (as reported by Richard and Joan Ostling in The Power and the Promise: Mormon America, 312), and more recently, he said it as a guest lecturer at Fuller Theological Seminary. According to Mormon blogger Jana Riess who attended the class at Fuller, Dr. Millet

“was willing to be vulnerable and admit it outright when he didn’t know something – a humility which, when we’re talking about the speculative frontiers of Mormon theology, is a pretty important quality. ‘I don’t know what to do with that’ was what Bob said in all honesty about the first half of the uncanonized Lorenzo Snow couplet that ‘As man is; God once was.’ Mormons don’t focus on that, and we’re not at all sure we believe it.

“The second half, however – ‘As God is, man may become’ – is still alive and well in Mormon belief, and Bob showed how the idea of theosis or deification has roots in orthodox (and Orthodox, big O) Christian theology, quoting heavyweight Church Fathers like Justin Martyr, Ireneaus, Athanasius, and Augustine.”

Dr. Millet is not the only Mormon to make this assertion, of course. Mormon author Stephen Robinson has suggested it in at least a couple of his books; Mormon apologist Daniel Peterson called Joseph Smith’s restoration of this “authentically ancient Judeo-Christian doctrine” a miracle; the Mormon Church notes the teachings of the patristic fathers in its 2014 essay “Becoming Like God”; and rank and file Mormons comfortably repeat the claim that the Mormon doctrine of exaltation is believed by Orthodox Christians (for example, one commenter on another blog discussing Mormonism noted, “you have taken an idea that each Mormon will get his own planet, yes it was said by an authority of the Church. But no one counts that particular statement as a full explanation of our understanding of Theosis. As you well know Orthodox Christians have a similar understanding of that of Latter day Saints.”).

In fact, while some (Christian) church fathers spoke of believers’ “deification,” the doctrine they spoke of (theosis) does not parallel the Mormon doctrine of exaltation.

“It is clear to me that C.S. Lewis understands the doctrine of theosis in essentially the same way as the Orthodox Church does; indeed, he probably derived his viewpoint from reading such Greek Fathers as Athanasius. On the other hand, the Mormon view is altogether different from what Lewis and the Orthodox Church believe.

“Orthodox theology emphasizes that there is a clear distinction — in the current phraseology ‘an ontological gap’ — between God the Creator and the creation which He has made. This ‘gap’ is bridged by divine love, supremely through the Incarnation, but it is not abolished. The distinction between the Uncreated and the created still remains. The Incarnation is a unique event.

“‘Deification,’ on the Orthodox understanding, is to be interpreted in terms of the distinction between the divine essence and the divine energies. Human beings share by God’s mercy in His energies but not in His essence, either in the present age or in the age to come. That is to say, in theosis the saints participate in the grace, power, and glory of God, but they never become God by essence.” (Quoted in Ostling, 311)

Christian theologian Rob Bowman wrote a 5-part blog series exploring the problems inherent in the claim that the Mormon doctrine of exaltation is a restoration of an early Christian doctrine as taught by the patristic fathers. He concluded,

“Joseph Smith’s doctrine of exaltation was not in any meaningful sense a restoration of a lost doctrine of theosis. The doctrine of theosis was never lost, and the doctrine of deification taught by the church fathers was radically different from the doctrine Joseph Smith taught. Joseph taught that God was once a mortal man who became exalted to Godhood, and that we can do the same thing and become Gods of the same nature and powers as our God. The church fathers taught that God is the only uncreated, eternal Being, existing eternally and unchangeably as God, and that he created human beings to become ‘gods’ in the sense that they may be adopted as his children and receive immortality as the gift of his grace.”

It’s very disappointing that the Mormon Church and its representatives continue to mislead people with faulty assertions regarding the Christian doctrines related to the nature of God. It’s disappointing, but sadly, not at all surprising.

For more information on the important doctrine of theosis and continuing unsupportable Mormon claims, see:

23 Responses to Theosis: “The Mormon view is altogether different.”