Mormonism’s View: The Bible we have today “is rather incomplete.”

Posted on November 2, 2015 by Sharon Lindbloom

Mormonism has always held to the position that the Bible we have today has been corrupted. In 1st Nephi 13 the Book of Mormon talks about the “many plain and precious things taken away from the book”; that is, the book identified in the Book of Mormon Gospel Doctrine Teacher’s Manual as the Bible (see page 18). 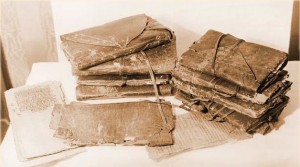 On the lds.org website, under the heading “Lost books,” readers are told,

“The foregoing items attest to the fact that our present Bible does not contain all of the word of the Lord that He gave to His people in former times and remind us that the Bible, in its present form, is rather incomplete.”

When the Mormon teaching of a corrupted and incomplete Bible is combined with the general LDS vilification of Constantine and the Council of Nicaea, what results is a criticism often heard promoted by members of the Mormon Church – that Constantine and/or the early church Councils decided which books they wanted in the Bible, and which they didn’t, and formed the canon accordingly.

In response to a Newsweek article on the Bible that appeared in the December 23, 2014 issue, Christian theologian Brian Mattson wrote, “The Great Missing Canon Question.” While not addressing Mormonism and its faulty view of the Bible directly, the article still discusses issues important to Mormonism – and Mormons. Dr. Mattson writes,

“Kurt Eichenwald, in his ridiculous hit piece on the Bible in last month’s Newsweek, repeats the claim that Constantine ‘ultimately influenced’ which books made it into the New Testament.

“There are lots of problems with this mythical telling of church history, not the least of which is that the Council of Nicaea never even addressed the question of what books ‘belong’ in the New Testament, much less dictated it. Oops.

“There’s an even stronger historical indicator, however, that by the time Constantine reigned the books of the New Testament were near universally understood.”

Dr. Mattson lays out his case for a long-settled canon being in place well before Constantine came on the scene, based on Constantine’s interaction with early church historian Eusebius.

“It apparently never occurred to the Emperor to instruct Eusebius what books to include in the Bibles. And it never occurred to Eusebius to even ask. There is only one plausible interpretation of these deafening silences: the status of the Christian canon was implicitly understood. Can you imagine a world in which there is hot controversy over the number of books in the New Testament, receiving a request from the Emperor of the known world for copies of the Bible, and not clarifying what he wanted in them? Neither can I.”

Eusebius prepared the Bibles for Constantine and did not lose his head. Dr. Mattson concludes:

“Thus, the great canon controversy, far from being authoritatively ‘settled’ in the fourth century by Constantine, wasn’t by then even controversial at all.”

17 Responses to Mormonism’s View: The Bible we have today “is rather incomplete.”