The Great and Abominable Church 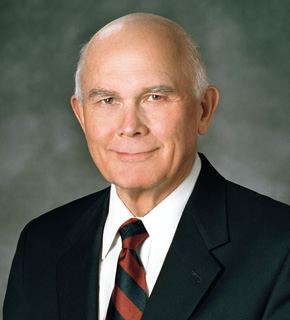 In the March, 2015 edition of Ensign magazine, Mormon apostle Dallin Oaks discusses the topics of atheism, moral relativism, secular humanism and the “great and abominable church.” The article, titled, “Stand as Witnesses of God,” was a devotional address he gave in February of 2014.

On page 30 he likens atheism to the teachings of Book of Mormon character Korihor who, according to Alma 30:6, 12, was called an “anti-Christ.” Korihor taught that only what can be seen is to be believed, that belief in the forgiveness of sins is the product of a “frenzied mind,” and “whatever a man did was no crime.”
According to Oaks, “Book of Mormon prophecies describe the ‘great and abominable church of all the earth, whose founder is the devil’ (1 Nephi 14:17).” But because “this ‘church’ is prophesied to have ‘dominion over all the earth, among all nations, kindreds, tongues, and people’ (1 Nephi 14:11), this great and abominable church must be something far more pervasive and widespread than a single ‘church,’ as we understand that term today.”

Though often used in a religious context, this label also applies to the secular world. In the Book of Mormon Gospel Doctrine Teacher’s Manual, instructors are told to “emphasize that the great and abominable church is a symbol of apostasy in all its forms. It is a representation of false doctrine, false worship, and irreligious attitudes. It does not represent any specific church in the world today” (1999, p. 18). 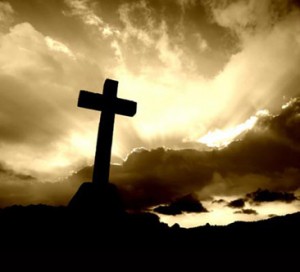 In his Ensign article, Oaks refers to 1 Nephi 14:10 and notes that “Nephi was told by revelation that there were only ‘two churches’: ‘the church of the Lamb of God’ and ‘the church of the devil’ (1 Nephi 14:10; see also 13:4–6).” His definition of the church of the devil is not much different from that of his predecessor, Mormon apostle Bruce R. McConkie (1915-1985). In his book, The Millennial Messiah: The Second Coming of the Son of Man, McConkie said the church of the devil is “communism; it is Islam; it is Buddhism; it is modern Christianity in all its parts. It is Germany under Hitler, Russia under Stalin, and Italy under Mussolini. It is the man of sin speaking in churches, orating in legislative halls, and commanding the armies of men” (pp. 54-55).

Though definitions like this are pretty much understood by members of the LDS Church, still, when the subject of “the great apostasy” comes up in conversation, it is not uncommon for them to try and soften the blow by insisting that “all churches have some truth.” This, however, does not erase the fact that, officially, Mormons view their church as the only true church (Doctrine and Covenants 1:30) and all others as being false.
In an essay titled “ ‘Watch and Remember’: The New Testament and the Great Apostasy,” BYU professor Kent P. Jackson put it more succinctly when he said, “whoever does not belong to ‘the church of the Lamb of God’ belongs to ‘the church of the devil,’ as Nephi announced, then all systems of worship outside of The Church of Jesus Christ of Latter-day Saints would be classified as “the church of the devil” by Nephi’s definition” (By Study and Also by Faith: Essays in Honor of Hugh W. Nibley on the Occasion of His Eightieth Birthday, 27 March 1990, 1:87).

In light of these comments, what are we evangelicals to think when Mormons insist they are Christians “just like” us?

This article is reprinted from the July—August 2015 issue of Mormonism Researched.

14 Responses to The Great and Abominable Church