It’s been in the news a lot these past months. Massachusetts Governor Mitt Romney may seek the Republican nomination for President of the United States. But he has a huge hurdle to overcome: his membership in The Church of Jesus Christ of Latter-day Saints. All the political pundits are asking, “Could a Mormon be elected president?” The general consensus has been no. 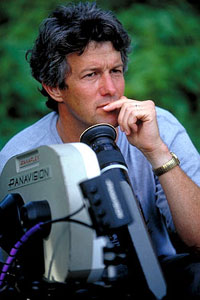 Because of this, LDS filmmaker Mitch Davis has announced plans to launch a campaign to “counter the religious bigotry he says a significant number of voters hold toward members of The Church of Jesus Christ of Latter-day Saints.”

Mr. Davis believes that most Americans don’t know enough about Mormons to form an informed opinion regarding the suitability of a Latter-day Saint for president. From an article published Wednesday in LDS-owned Deseret News:

Davis, a graduate of Brigham Young University who lives in San Diego, has already invested his own money in a poll of South Carolinians. One-third of the respondents said they could not vote for a member of the LDS Church for president.The results are similar to a Bloomberg/Los Angeles Times poll of registered voters nationwide, released earlier this month. That poll found 37 percent of those questioned would not vote for an LDS presidential candidate. But the South Carolina poll went further.

Half of the respondents in South Carolina said LDS Church members don’t believe in the Bible, Davis said, and 44 percent thought members of the church still practiced polygamy. One-fourth believed that Mormons aren’t even Christians.

“The level of ignorance appalled me. I was embarrassed for our church and for our country,” Davis said.

“If I believed what most Americans do about Mormons, I couldn’t vote for a Mormon either,” Davis said.

I thought this last statement was interesting. Reversing the reported information from the polls, “most Americans” believe

Be that as it may, Mr. Davis spoke to Deseret News about his goals:

“We just need to inform people enough to allow them to lose their native prejudices,” Davis said. “We’re not going to try to sell the church — we’re going to try to eliminate it as a negative.”

“The last thing Mitt Romney wants to be is the Mormon candidate,” says Davis.

Governor Romney is not affiliated with Mr. Davis’ efforts, but if he doesn’t want to be “the Mormon candidate” the governor had best ask Mr. Davis to dissolve the planned ad campaign. The Boston Globe reports

For his ads he hopes to recruit prominent Mormons such as quarterback Steve Young and singer Gladys Knight. One possible script would have football coaches talking, and asking “Could a Mormon be a quarterback?” as Young sat on the bench in the background.

All of this attention on Mormonism will hardly succeed in making it a non-issue. And indeed, should it be?

“I think Mormons in general are more targeted because we walk the walk, not just talk the talk,” said Davis, who was in Utah to meet with donors. “If you stand up, you stand out. Mormons stand out.”

If this is true, that Mormons walk the walk, then exactly what that “walk” is is a very important consideration regarding Governor Romney’s suitability to hold the highest office in our nation. 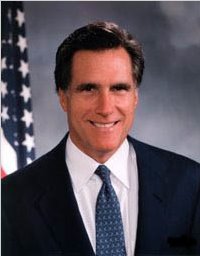 It is no secret that Mitt Romney has been very active in the LDS Church. He has been a missionary, a bishop, and a stake president. Therefore, he has been to the LDS temple and received his endowments. As he went through the temple ceremony he would have necessarily agreed to certain obligations, as revealed by the officiator of the endowment ceremony:

“If you proceed and receive your full endowment, you will be required to take upon yourselves sacred obligations, the violation of which will bring upon you the judgment of God; for God will not be mocked. If any of you desire to withdraw rather than accept these obligations of your own free will and choice, you may now make it known by raising your hand.” (as quoted in Jerald and Sandra Tanner, Evolution of the Mormon Temple Ceremony, page 64)

Every person who receives their LDS endowments, including Governor Romney, pledges several things. But look at just two of the “sacred obligations” included in that rite:

“And as Jesus Christ has laid down his life for the redemption of mankind, so we should covenant to sacrifice all that we possess, even our own lives if necessary, in sustaining and defending the Kingdom of God.”All arise. Each of you bring your right arm to the square. You and each of you solemnly covenant and promise before God, angels, and these witnesses at this altar that you will observe and keep the Law of Sacrifice, as contained in the Holy Scriptures as it has been explained to you. Each of you bow your head and say ‘yes.'” (ibid., page 76)

A second significant vow Governor Romney would have been required to make in the temple is this:

“You and each of you covenant and promise before God, angels, and these witnesses at this altar, that you do accept the Law of Consecration as contained in the Doctrine and Covenants, in that you do consecrate yourselves, your time, talents, and everything with which the Lord has blessed you, or with which the Lord may bless you, to The Church of Jesus Christ of Latter-day Saints, for the building up of the Kingdom of God on the earth and for the establishment of Zion.”Each of you bow your head and say ‘yes.'” (Evolution, page 91)

Again, according to the LDS Church, “Zion”

Is the name given by the Lord to those who obey his laws. The name of the place where the righteous live. (Gospel Principles, page 381)

Thus The Church of Jesus Christ of Latter-day Saints is Zion. Joining the Church is becoming a citizen of Zion. (Mormon Doctrine, “Zion,” page 854)

I believe that the American people should be well-informed about Mormonism so that they will be equipped to decide whether they would like to see Mitt Romney elected president of the United States. Unfortunately, Mr. Davis plans to just “inform [them] enough to allow them to lose their native prejudices.” I doubt that Mr. Davis’ campaign will alert voters to the obligations Governor Romney has sworn to in the LDS temple “before God and angels.”

Furthermore, when Mr. Davis tackles the “level of ignorance” about Mormons his poll uncovered, will he explain:

I doubt it. The Washington Times reports Mr. Davis’

aim is to educate the U.S. public about the religion he shares with Romney to help bolster the governor’s chances of victory in the 2008 presidential election.

The American people will likely not be informed by Mr. Davis’ campaign; they will be propagandized.

2 Responses to American Bigotry Toward Mormons