A Latter-day Look at Your Eternal Kingdom

From Family Exaltation by Archibald F. Bennett, Course 20, Genealogical Training Department for the Sunday Schools of the Church of Jesus Christ of Latter-day Saints, published by the Deseret Sunday School Union Board, 1957:

THE BEGINNING OF YOUR ETERNAL KINGDOM. At a family meeting in Nauvoo in 1845, President Brigham Young gave these lucid teachings:

I will first set in order before these relations the true order of the kingdom of God and how families hereafter will be organized. . . . In all the kingdoms of the world you will find there will be only one King, and all will be governed as one family; every man will preside over his own family. We will have to work out some of the impurities. . . . 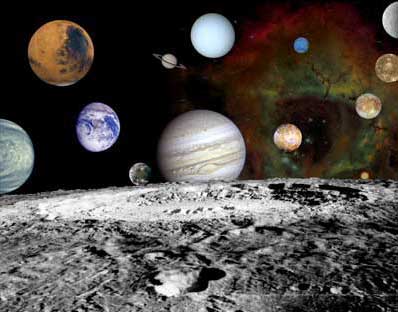 I will show you the order of the Kingdom as regards my own family; one of my sons is placed here, another there, another there, and so on. Yet I should be their ruler, savior, dictator, and governor. They would have innumerable posterity but all would join in harmony with my counsel; I should console, comfort, and advise them all. You and your children will rise up and administer unto your children, and you will rule over your posterity, and they may get up into tens, hundreds, thousands, and millions. Yet all will finally join with Adam who will be the king of all; Seth comes next; Seth rules under his father and over all; so this process will never end. This is the order of the kingdom of heaven, that men should rise up as kings and priests of God. We must have posterity to rule over. I calculate, if I am blessed, that I will have an innumerable host of my own, the same as Abraham, Isaac and Jacob. (page 79; ellipses and emphasis retained from the original)

Many questions may arise after reading this passage, and I invite you to give voice to whatever is on your mind. One of the questions I have is, Where is Heavenly Father and Jesus Christ in this scheme? “This is the order of the kingdom of heaven,” Brigham Young said. The LDS Bible Dictionary says the kingdom of heaven is the celestial kingdom; and the glossary on mormon.org says both Heavenly Father and Jesus Christ reside there. So how do they fit into this family pyramid whose “king of all” is Adam?

Sharon surrendered her life to the Lord Jesus Christ in 1979. Deeply passionate about Truth, Sharon loves serving as a full-time volunteer research associate with Mormonism Research Ministry. Sharon and her husband live in Minnesota.
View all posts by Sharon Lindbloom →
This entry was posted in Afterlife, Brigham Young, Family. Bookmark the permalink.

24 Responses to A Latter-day Look at Your Eternal Kingdom