“Absolutes” About the Mormon Gospel

Posted on November 11, 2013 by Sharon Lindbloom

In 1999 James E. Faust, member of the Mormon Church’s First Presidency, counseled new mission presidents at the annual Mission Presidents Seminar in June of that year. According to LDS Church News, 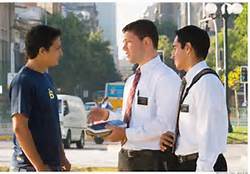 “The word gospel means ‘good news’ and missionaries ought to be radiant and upbeat as they reach out to share the gospel, said President James E. Faust…” (6/26/99, 3)

“These absolutes, he explained, are:

“’First, that Jesus is the Christ, the Savior, the Redeemer of all mankind through the Atonement. Second, that Joseph Smith was the Prophet who restored the gospel of Jesus Christ in its fullness and completeness. Third, the Book of Mormon is Another Testament of Christ. Fourth, that all the presidents of the Church since Joseph Smith have been successors to the keys of the authority that Joseph Smith restored. Fifth, President Gordon B. Hinckley is the prophet, seer and revelator to the world at this time.’” (12)

It’s difficult to understand exactly what Mr. Faust meant by the phrase “absolutes about the gospel.” Perhaps something got lost or jumbled when the journalist reported Mr. Faust’s address. Be that as it may, as we have it, the absolutes Mr. Faust lists are at least the basic or fundamental doctrines about the good news that Mormon missionaries are to teach with radiance. I summarize them here in a numbered list:

Biblical apostles had a different focus when it came to the gospel. Consider what the apostle John presented as absolutes in John 3:16 (summarized here in a numbered list):

1. God (so loved the world that He gave)
2. Jesus (God’s only Son, that whosoever believes in)
3. Jesus (shall not perish but have eternal life with)
4. God

Or the absolute truths of the gospel that the apostle Paul told Titus to “insist on” (Titus 3:4-7):

1. God (our Savior appeared and)
2. Jesus (saved us according to the mercy of)
3. Christ (by the regeneration and renewal of the)
4. Holy Spirit (poured out on us richly through)
5. Jesus Christ (our Savior so that being justified by)
6. Jesus (by His grace, we have the hope of eternal life with)
7. God

For the biblical apostles, the beginning, the end, and everything in between, was focused on, centered in, and fulfilled by God. The Good News isn’t about prophets. It isn’t about books. It isn’t about church leaders. It is, start to finish, as the biblical writer Luke noted, “the good news about Jesus” (Acts 8:35). Assuredly – absolutely — it’s really all about Him.

38 Responses to “Absolutes” About the Mormon Gospel