Mormons and Evangelicals Talk of Christ

Posted on December 2, 2013 by Sharon Lindbloom

On November 15 (2013), evangelical author (and seminary president emeritus) Richard Mouw addressed 2,000 young Mormons at Utah Valley University. As reported in the Deseret News’ “Evangelical leader says commonality with Mormons deeper than differences,” Dr. Mouw emphasized his discovery that between Mormons and evangelicals, “there’s more commonality than we realized in the way we talk about Jesus and his atoning work.” 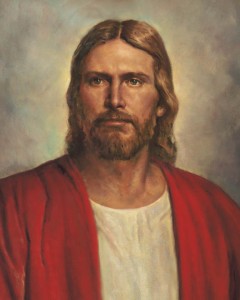 In support of this idea, Dr. Mouw suggested, “when you stop and read [the Book of Mormon], a lot of the doctrine looks and sounds like our doctrine, with language that sounds like the kinds of things we say.” According to Deseret News, “Mormons and evangelical Christians… ‘say the same things’ about Jesus Christ.”

For example, according to Deseret News, Dr. Mouw

“…read from the Book of Mormon some of the prophet Alma’s language about the life, ministry and Atonement of Jesus Christ, and how people need to ‘repent and be born again … (and) have faith on the Lamb of God, who taketh away the sins of the world, who is mighty to save and to cleanse from all unrighteousness’ (Alma 7:14).

“’Those are words of the gospel of Jesus Christ that I affirm as an evangelical Christian,’ Mouw said.”

Looking, then, at Alma 7:14, it begins, “Now I say unto you that ye must repent, and be born again.” This sounds like something evangelical Christians could affirm, however, the Mormon Church teaching manual, Gospel Principles (2009) explains the Mormon doctrine of repentance in greater detail. It says,

“President Kimball said: ‘First one repents. Having gained that ground he then must live the commandments of the Lord to retain his vantage point. This is necessary to secure complete forgiveness’ (Teachings of Presidents of the Church: Spencer W. Kimball, 43).” (111-112)

Mormon Church manual The Life and Teachings of Jesus and his Apostles, Instructor’s Guide Religion 211–112 (2000) explains “born again” like this:

“1. As Joseph Smith said, to be born again one must first ‘see’ the kingdom of God, or gain a testimony.

“2. Once one ‘sees’ the kingdom, he then can be born into the kingdom through obedience to the commandments.”

These things don’t sound like anything an evangelical Christian would say. (Read evangelical perspectives on repentance, forgiveness, and new life in Christ.)

Looking again at Alma 7:14, it says, “be baptized unto repentance, that ye may be washed from your sins.” The Church manual, Preach My Gospel: A Guide to Missionary Service (2004), explains,

“Jesus taught that we must be baptized by immersion for the remission, or forgiveness, of our sins. Baptism is an essential ordinance of salvation. No person can enter the kingdom of God without being baptized…When we are baptized we begin the process of being born again…” 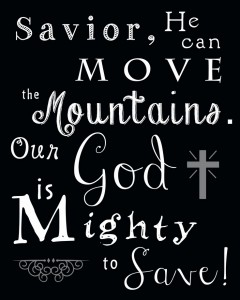 Alma 7:14 also says, “…the Lamb of God,…who is mighty to save and to cleanse from all unrighteousness.” Evangelicals could punctuate these words with a hearty “Amen!” But consider how the man who became the 10th President of the Mormon Church, Joseph Fielding Smith, understood Jesus’ cleansing power:

“Joseph Smith taught that there were certain sins so grievous that man may commit, that they will place the transgressors beyond the power of the atonement of Christ. If these offenses are committed, then the blood of Christ will not cleanse them from their sins even though they repent. Therefore their only hope is to have their own blood shed to atone, as far as possible, in their behalf. This is scriptural doctrine, and is taught in all the standard works of the Church. The doctrine was established in the beginning, that ‘Whoso sheddeth man’s blood, by man shall his blood be shed; for man shall not shed the blood of man. For a commandment I give, that every man’s brother shall preserve the life of man, for in mine own image have I made man’…And men for certain crimes…have placed themselves beyond the redeeming power of the blood of Christ.” (Doctrines of Salvation 1:135-136 [1988]. Emphasis in original).

Doctrine and Covenants 42:18 confirms this teaching:

“And now, behold, I speak unto the church. Thou shalt not kill; and he that kills shall not have forgiveness in this world, nor in the world to come.”

Doctrine and Covenants Student Manual (2002) makes it clear that the biblical king David lost his hope of eternal life with God due to David’s unforgivable sin of murder:

“David’s story is one of tragedy and a lesson to all of God’s children, because he went from the height of favor with God to the depth of wickedness. He had all that this life could offer, but through sin he lost exaltation and the right to be eternally with his Father in Heaven.

“’… the Prophet [Joseph] says: “A murderer, for instance, one that sheds innocent blood, cannot have forgiveness. David sought repentance at the hand of God carefully with tears, for the murder of Uriah; but he could only get it through hell; he got a promise that his soul should not be left in hell.”’” (“Section 132 Marriage: An Eternal Covenant”)

This sounds nothing like things evangelical Christians say – or believe. (Bill McKeever contrasts this Mormon teaching with biblical teaching here.)

44 Responses to Mormons and Evangelicals Talk of Christ