Early Mormon Marriages: Tangled Webs to Sort Out in the Eternities

Many people are aware of Joseph Smith’s practice of polygamy. A subset of those people are also aware that some of Joseph’s plural wives were married to other men at the same time they were married to Joseph. Many of these folks think Joseph Smith was the only Mormon leader to engage in these strange polyandrous plural marriages. The Utah District Court said as much in its 2013 ruling on polygamy when it said polyandry, “was unknown outside of a few instances involving LDS Church founder Joseph Smith.” The “few instance” involving Joseph Smith refers to the Prophet’s eleven polyandrous plural marriages; but Mormonism’s second prophet followed in Joseph’s footsteps.

“As Joseph Smith had done on many occasions, Young also married women who already had husbands. Out of his approximately fifty-three plural wives, around fifteen women were legally married to other men at the time of their sealings to Young. Some of these prior marriages had failed, others were in the process of failing, but others persisted for many decades.” (John G. Turner, Brigham Young Pioneer Prophet, 136) 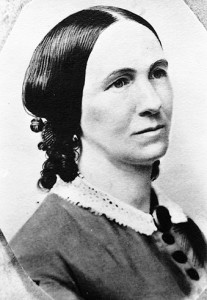 “Zina Huntington, her parents, and most of her siblings had been devoted members of the church since the mid-1830s. Her father and brothers were priesthood leaders, and Zina – a slender, dark-haired woman with piercing eyes – maintained a firm testimony of Mormonism’s truth, spoke in tongues, and joined Nauvoo’s Female Relief Society. After marrying Henry Jacobs in 1841, Zina – following a long period of anguished prayer and searching – accepted Joseph Smith’s offer of plural marriage. She continued to live with Henry, and two months after her sealing to Smith, she gave birth to a son.

“On an unknown date, likely in the spring of 1845 [after Joseph Smith’s death], Brigham Young was sealed to Zina. His wife’s second plural marriage apparently troubled Henry. Doubts nagged at Zina as well. ‘The thoughts of my heart or emotions of my minde causes my very head to acke,’ she wrote in her diary in early May 1845. A week later, she prayed that God would comfort ‘Henry in his trouble, for he has not repined a word.’ Zina provided no details of their sorrows, but she recorded one month later that ‘Henry went to see Pres. B. Young to be counceled upon his and his families situation.’ If these sparse entries do indeed chronicle the couple’s agonized response to Zina’s second plural sealing, Henry manifested his peace with the latest development in his marital saga by witnessing Zina’s early February 1846 temple sealing, in which a ceremony sealed her to Smith for eternity and as ‘husband & wife for time’ to Young. ‘Henry B. Jacobs expressed his willingness that it should be so,’ recorded the temple clerk. He still lived with Zina, who was visibly pregnant with what would be the couple’s second son.” (136-137)

Todd Compton tells a bit more about Zina’s “long period of anguished prayer” following Joseph Smith’s proposal of plural marriage. She had been struggling with the issue since late 1840 or early 1841:

“Zina remained conflicted until a day in October [1841], apparently, when Joseph sent [her brother] Dimick to her with a message: an angel with a drawn sword had stood over Smith and told him that if he did not establish polygamy he would ‘lose his position in life.’ Zina, faced with the responsibility for his position as prophet, and even perhaps his life, finally acquiesced.” (In Sacred Loneliness, 80-81)

Joseph and Zina were married on October 27. Interestingly, though Joseph persuaded Zina to become his plural wife by convincing her that she would be responsible for his failure if he did not establish polygamy as he claimed he’d been commanded to do, Zina was not the Prophet’s first plural wife, but his fourth. (A few weeks later Joseph married Zina’s older sister, also a woman with a living husband.)

Compton records Zina’s hesitancy over Brigham Young’s proposal as well. Again Zina had to be persuaded to enter into a polyandrous marriage. Compton wrote that according to family tradition, “President Young told Zina D. if she would marry him she would be in a higher glory.” (84) 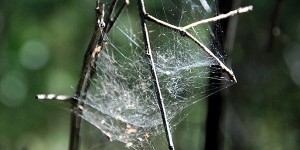 Zina continued to live with her legal husband, Henry, until 1847. As they were moving west across Iowa during the Mormon exodus from Nauvoo, Brigham Young sent Henry on a mission to England. While he was away, Zina began living with Brigham.

“The final episode in in Henry’s marriage to Zina was approaching. Zina now knew that she was going to live as Brigham Young’s earthly wife, not as Henry’s, but Henry apparently did not understand this fully. On June 20 she wrote a letter to [her sister-in-law]…Mary Neal Huntington…she apparently told Mary that she was living with Brigham Young and was no longer married to Henry…Henry was left feeling depressed and resigned…

“Before this Henry may have seen Zina’s marriage to Brigham Young as ritual only; she would continue to live with him. Now he probably realized that she had in effect divorced him completely. However one might understand Zina preferring Brigham to Henry, one has to sympathize with Henry, considering how the divorce was effected – while he was far away, and after the polyandrous ‘second’ husband himself had sent him on a mission.” (Compton, 91-92)

Though Zina “effectively” divorced Henry, no legal divorce was obtained. In a General Conference address on October 8, 1861 Brigham Young explained,

“There was another way – in which a woman could leave a man – if the woman preferred – another man higher in authority & he is willing to take her. & her husband gives her up – there is no Bill of divorce required in the case it is right in the sight of God.” (Quoted in Richard S. Van Wagoner, Mormon Polygamy, 45)

Though Henry’s wife and children then belonged to Brigham Young, Henry never stopped loving them and hoped for a future where all would be made right.

In their lifetimes, Brigham Young had fifty-three wives, Henry Jacobs had four wives, and Zina Huntington Jacobs Smith Young had three husbands. As difficult as these plural and polyandrous unions are for us to keep straight, according to Mormonism, many of these marriages continue on into the next life – “families are forever.” But Henry, at least, wasn’t concerned about that. Todd Compton noted,

“As Henry had remarked, God would sort out the tangled webs of our earthly relationships in the eternities.” (113)

12 Responses to Early Mormon Marriages: Tangled Webs to Sort Out in the Eternities