Do Mormons Have Faith in the Bible?

The Mormon Church recognizes four books as scripture: The Book of Mormon, Doctrine & Covenants, Pearl of Great Price, and the Bible. And yet, as noted at the MRM website,

Joseph Smith said [of the Bible], “Ignorant translators, careless transcribers, or designing and corrupt priests have committed many errors” (Teachings of the Prophet Joseph Smith, 327). The First Presidency confirmed this idea in 1992 when they wrote, “The Bible, as it has been transmitted over the centuries, has suffered the loss of many plain and precious parts” (Presidents Ezra Taft Benson, Gordon B. Hinckley, and Thomas Monson, “Letter Reaffirms Use of King James Version of Bible,” Church News, June 20, 1992, 3). [A] BYU Professor explained that “the Bible is not, and was never intended to be, our sole guide, our template, our standard against which we measure what we teach or believe” (Review of Books on the Book of Mormon, 6:1, 198-199).

And though Mormons periodically use the Bible as their course of study in Sunday School as the curriculum rotates through the different volumes of Mormon scripture, in practice many Mormons do not give the Bible its due. 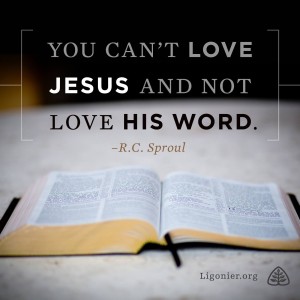 When visiting the Mormon Payson Temple during its open house in May 2015, Eric Johnson and I spoke with an LDS missionary who was staffing the open house’s hospitality tent (where visitors were ushered after their tours). As we discussed Mormon temples and how they differ from the biblical temple, and as we discussed the concept of Mormon exaltation and how it differs from biblical teachings on salvation and Heaven, the LDS missionary told us several times that she wasn’t very familiar with the Bible or its teachings.

Later, as Eric and I delivered newspapers to the homes surrounding the temple grounds, we enjoyed a long conversation with a life-long LDS woman. She told us that she wanted to get to know Christ better — that she wanted to understand Him more. She believed she would learn many things about Jesus in the Bible — a book, she said, that she hadn’t read much in her 70+ years. After admitting that she had some trouble understanding the language of the King James Version (the Bible the Mormon Church authorizes its members to use), Eric offered to give her a gift of a Bible in a more modern translation. The Mormon woman was hesitant to accept the gift. When asked if she would agree to read it, she said, “I won’t promise to read it, but I will promise to pray about whether I should read it.”

Mormonism builds reluctance in Latter-day Saints toward trusting – and using – the Bible. Mormons don’t know how accurate the Bible is, and they don’t know how much evidence exists for its historicity.

To borrow from and repurpose Joseph Smith—History 1:19, Mormonism draws near to the Bible with its lips, but its heart is far from it.

For Mormons (and others) who don’t know that the Bible can be trusted, here’s a short video (under 4 minutes) that presents a few reasons why Christians confidently place their trust in the Bible and embrace it wholeheartedly as the Word of God.

40 Responses to Do Mormons Have Faith in the Bible?