[The following is a guest post written by a friend of Mormonism Research Ministry – a former Mormon who wishes to remain anonymous to keep family peace.]

I’m submitting for your consideration a “detective story” from my family history that raises more serious questions about Joseph Smith and polygamy. 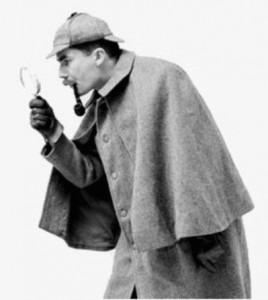 It starts with my uncles – devout Mormons – doing their Church-mandated genealogy and discovering that one of our ancestors was Joseph Ellis Johnson, a close friend of Joseph Smith and Brigham Young, and brother to two of Joseph Smith’s polygamous wives, Delcena and Almera Johnson.  The Johnson family was considered Mormon royalty in the 1800s and still is today.  My family proudly announced the fact, although discreetly because up until last year Joseph Smith’s polygamy was still being denied by Church leaders.  Nevertheless, members of their ward spread the word of our lineage in hushed tones and more than a little envy.  We were proud.

After a couple years, our family history quickly descended from pride to one shocking discovery after another.  First, one of the uncles discovered that Joseph Ellis Johnson admitted to a church court presided over by Brigham Young that he had committed adultery with one of the wives of future church prophet Lorenzo Snow and fathered her child.  Surprisingly, both Lorenzo Snow and Brigham Young forgave him, and Snow released his wife from her vows so that she could marry Johnson.  It’s something of a “Camelot” story, with Snow as King Arthur, Johnson as Lancelot, Hannah Goddard as Queen Guinevere, and Brigham Young as Merlin the Great.  It was interesting, even poetic, but for us it was humiliating, too. [1] Those of us who knew about it kept it to ourselves.

This was shocking enough for my family, but their next discovery threatened to unravel not only the family but also the LDS Church itself.  The family has tried – successfully, so far – to keep it somewhat confidential, or, as they say, sacred.

Johnson stated during his church court hearing that he had witnessed Joseph Smith having sex with his mother-in-law Mary Heron Snider.  At first, my uncles assumed this to be just another of Joseph Smith’s plural brides, shocking enough at the time, but then they discovered that there is no LDS Church record whatsoever of Joseph Smith having ever married Mary Snider.  That terrible word, adultery, almost paralyzed them with fear.  Worse, they read that [during the hearing] neither Brigham Young, Lorenzo Snow, nor Ezra T. Benson registered any surprise or indignation, nor did they deny it or strike it from the record.  They simply forgave Johnson his adultery and ordered his re-baptism.   My uncles could see the high moral ground claimed by Joseph Smith disintegrating before them, possibly damaging the Church’s truth claims, and all because of our esteemed ancestor – a Johnson.

This changed everything.  Our genealogy became a “DaVinci Code” cluster of conspiratorial secrets; we all waited with bated breath to see if our discovery would become widely known; and worse, we wondered if the Church would be damaged by the disclosure that Joseph Smith was having sex not just with his plural wives but with other women, too.

Nothing for several years. Just a few obscure references.  So far so good.  Then it happened.  Wikitree published the story of Joseph Ellis Johnson committing adultery with Lorenzo Snow’s wife, with Brigham Young forgiving him and ordering his re-baptism.  Wikipedia published the story of Joseph Smith secretly committing adultery with Mary Heron Snider, who was not one of his plural wives. [2]

Our terrible secrets were out.  Most of the family kept silent.  No longer did anyone boast about our royal Mormon heritage.  A few no longer bore their testimony about the divine mission of Joseph Smith. A few started reading non-Mormon blogs to see if the word would spread.  And none of us did any more genealogy.

1. “O. Hyde [speaking] there is a matter of bro: Johnson to be laid before the Council—this matter was brot before Council in Kanesville  his Priesthood was required to be laid down until he came here – a Miss Goddard wife of Lorenzo Snow became in a family way by Bro Johnson – she was living in his house – we deemed it improper for her to be there –  he sent her away to a retired place – she was delivered of a child – she is again living at his house in Kanesville – he wishes to retain his fellowship in the Church.  He says he has   bro: Snow & he was satisfied.

“Joseph E. Johnson [speaking] – I am come purposely if possible to get the matter settled & atone for the wrong I av done – I av neglected to lay it before you before this – bro Hydes statements r all correct – true – all I can do is beg for mercy – I became acquainted with the girl, & the consequences r as the r – I saw bro. Snow at Kanesville & he was satisfied – I am come here to atone for the wrong I av done.”

According to Johnson, he met with Apostle Snow to discuss the matter and says the Apostle (and future Prophet) “was satisfied.”  It goes beyond that, though, suggesting that this may have been a true Mormon pioneer love story that ended well.  Reports state that Lorenzo Snow relinquished his earthly claim on the pregnant Hannah Goddard and allowed her to marry her true love Joseph Johnson.   Joseph Ellis Johnson died on 17 December 1882 after an illness. He left behind three wives — Harriet Snider, Eliza Saunders, and his beloved Hannah Goddard.  He was the father of twenty-eight children.   At the time of the events in 1845, Hannah Goddard was 17; Joseph Ellis Johnson was 28; Lorenzo Snow was 31; and Brigham Young was 44.

Johnson was a colorful figure in the early Church of Jesus Christ of Latter-day Saints. In response to a presentation on plural marriage given by Brian Hales at a FAIR Conference in 2012, D. Michael Quinn wrote:

“Using a slang vulgarity for sexual intercourse, her [Mary Heron Snider’s] son-in-law Joseph E. Johnson privately told a group of devout Mormons in 1850: ‘He was familiar with the first frigging that was done in his house with his mother in law by Joseph.’ Johnson said this during a council meeting that was deciding whether to excommunicate him for impregnating one of Apostle Lorenzo Snow’s plural wives whom Johnson now wanted to marry. She loved him, not the apostle. A Church court in Kanesville, Iowa, had already decided that ‘his priesthood was required to be laid down [i.e., he was disfellowshipped] until he came here’ to Salt Lake City. I cannot take seriously the suggestion by Hales that this Church court’s official minutes misquoted Johnson’s words. First, by any reasonable logic, who would assume that any LDS clerk introduced a crudely sexual term into a non-sexual remark or into a remark that only implied sex? Second, by 1850, the LDS Church’s clerks routinely used stenographic shorthand to accurately record such meetings, especially when Brigham Young participated (as he did in this one).” [Read Quinn’s full response (pdf) here.]

“I think he’s telling the truth. I believe it. I’m willing to make this assumption. But, the next assumptions you are willing to make are very important. Because if you assume there was no plural sealing, that Joseph is just involved with Mary Heron, without any kind of a marriage, then it’s adultery. If you want to assume there was a plural sealing and that she was also having conjugal relations with her legal husband, then it’s sexual polyandry and this is what Michael Quinn is promoting and believes happened.”

18 Responses to A Mormon “Detective Story”