Posted on September 28, 2015 by Sharon Lindbloom

Sexual morality in early 1840s Nauvoo, Illinois, the City of Joseph [Smith], was enough to make most people blush. John C. Bennett, who had for 18 months been a member of Joseph Smith’s inner circle and close confidante, left the Mormon Church in May of 1842. He subsequently exposed “Joe Smith as the seducer of single and married females” in a series of letters published in the Sangamo Journal (Springfield, Illinois) beginning in July of that year. In his second letter Mr. Bennett included an affidavit sworn out by Nauvoo resident Melissa Schindle:

“8th. Mrs. Melissa Schindle, wife of Col. George Schindle. — I now proceed to give the affidavit of Mrs. Schindle, which is in the following words, to wit:

“Personally appeared before me, Abraham Fulkerson, one of the Justices of the Peace in and for said county, Melissa Schindle, who, being duly sworn according to law, deposeth and saith, that in the fall of 1841, she was staying one night with the widow Fuller, who has recently been married to a Mr. Warren, in the city of Nauvoo, and that Joseph Smith came into the room where she was sleeping about 10 o’clock at night, and after making a few remarks came to her bed-side, and asked her if he could have the privilege of sleeping with her. She immediately replied NO. He, on the receipt of the above answer told her it was the will of the Lord that he should have illicit intercourse with her, and that he never proceeded to do any thing of that kind with any woman without first having the will of the Lord on the subject; and further he told her that if she would consent to let him have such intercourse with her, she could make his house her home as long as she wished to do so, and that she should never want for anything it was in his power to assist her to — but she would not consent to it. He then told her that if she would let him sleep with her that night he would give her five dollars — but she refused all his propositions. He then told her that she must never tell of his propositions to her, for he had ALL influence in that place, and if she told he would ruin her character, and she would be under the necessity of leaving. He then went to an adjoining bed where the Widow [Fuller] was sleeping — got into bed with her and laid there until about 1 o’clock, when he got up, bid them good night, and left them, and further this deponent saith not.

Given what history reveals about Joseph Smith’s character, this account isn’t hard to believe. But Joseph Smith was not the only man seeking “illicit intercourse” in 1840s Nauvoo.

Consider the experiences of the Widow Fuller herself. Born Catherine Laur in 1807, in due time she and Josiah Fuller married and had five children. The family lived near Haun’s Mill (Missouri) in 1838 and suffered through the Mormon War. Some accounts state that Josiah was killed in the Haun’s Mill Massacre, but FamilySearch records his death near Haun’s Mill five months later (April 3, 1839). At any rate, Catherine found herself a widow with five small children to care for. She made her way with the rest of the beleaguered Latter-day Saints to Nauvoo, Illinois, and, in the spring of 1842, married William Warren. But in the fall of 1841 Catherine was an unmarried widow who shared her bed, it is said, with the Prophet Joseph Smith – and others. 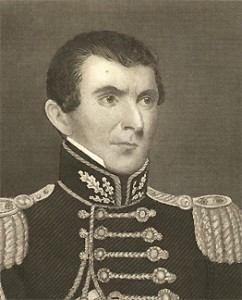 In May of 1842 Catherine Fuller Warren testified before the High Council, stating that several men of the Church had told her illicit sex was permissible as long as no one knew or found out about it. It was her understanding that this teaching originated with Joseph Smith. Catherine believed she was being taught the truth and so submitted. When she discovered this was a scam, she repented and confessed to having “unlawful connexion” with John C. Bennett 10-12 times, Chauncy Higbee 5-6 times, Joel S. Miller 2 times, George M. Thatcher 2 times, and once with non-Mormon Jacob Backenstos.

Catherine was not the only woman in Nauvoo to be seduced in this way. Five women confessed, yet there is reason to believe that many more women were approached and taken in by this teaching, a teaching being touted by multiple men in the city (see “Arraigning the Band of Brothers” by Meg Stout at The Millennial Star for more information on this topic).

Assuming the truth of this episode in Mormon history, the thing that jumps out at me is the gullibility of the women involved. These were Mormon women who were in Nauvoo to live their faith. Why did they believe and submit to men who told them something they should have known was untrue? They did know the suggested activity was “illicit,” that is, forbidden. Yet they engaged with the men anyway. Because they believed.

They believed in John C. Bennett, the Assistant President of the Church. Surely, as a Church leader entrusted with such great responsibilities and powers by the Prophet himself, the women must trust and obey what he taught them.

Isn’t this exactly how Mormonism was born, and how it has grown and thrived over nearly two centuries? Joseph Smith spoke, and people believed. They believed/believe, even though what Joseph Smith taught conflicts with what the Bible says. They believed/believe, even though what the Church teaches in-house at times conflicts with what it teaches publicly.

It is so easy to be deceived. That’s why God warns us again and again to beware; take heed; watch out. God tells us our spiritual safety lies in testing the prophets, trying the spirits, and searching the scriptures.