Posted on November 23, 2015 by Sharon Lindbloom

One of the enduring issues in the science of psychology is nature versus nurture. Is a person’s behavior, at least in part, motivated by the person’s nature, that is, genetic factors; or by nurture, that is, environmental factors?

To answer this question, psychologists have employed twin studies. Here identical twins that are separated at birth and raised in different environments are examined and their similarities and differences compared. This is a logical process as one factor is controlled (genes, in that identical twins share the same genotype), but the other factor is not (environment). Any apparent differences in the personalities and other developmental traits of these long separated twins could logically be attributed to environmental factors. 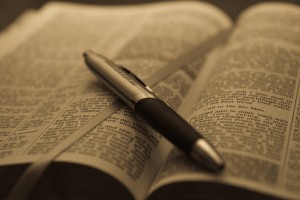 Perhaps a twin study is just what the scholars ordered to better understand Mormon reticence toward unconditional acceptance of the Bible as God’s revealed word. While the LDS Church is quick to trumpet their belief in the Bible as God’s word and its inclusion into their own canon, specifically the King James Version, doubts remain. Even their own doctrines muddy the water as demonstrated in the eighth verse of their Articles of Faith, which states, “We believe the Bible to be the word of God as far as it is translated correctly.” That’s the catch: “as far as it is translated correctly.”

In Mormon thought and teachings the Bible cannot stand on its own; its teachings must be interpreted through the lens of the LDS church, or “guided by the spirit” in church parlance. The Mormon Church teaches that the Bible became corrupted during that indeterminable time of the Great Apostasy, the great falling away of the post-Apostolic church into heresy. As it reads in 1 Nephi 13:26, 28 in the Book of Mormon,

“And after they go forth by the hand of the twelve apostles of the Lamb, from the Jews unto the Gentiles, thou seest the formation of that great and abominable church, which is most abominable above all other churches; for behold, they have taken away from the gospel of the Lamb many parts which are plain and most precious; and also many covenants of the Lord have they taken away… that there are many plain and precious things taken away from the book, which is the book of the Lamb of God.”

That is, the “great and abominable church” removed from the Bible “many plain and precious things.” And this concern with the Biblical text is more than simply the removal of “plain and precious things.” Mormon Apostle Bruce R. McConkie teaches that there are a great many other problems as the “Bible abounds in errors and mistranslations” (The Bible, A Sealed Book – supplement, A Symposium on the New Testament, 1984). Even more, that these errors and mistranslations exist in both the Old and New Testaments (ibid.).

So what are these “errors and mistranslations,” and what “plain and precious” things have been removed? And that is the problem: no one seems to know. As far as this author can determine there are no concise LDS writings that identify these errors. That is in and of itself seriously suspect, as the Mormon Church cannot discern its own canon. Even more, the logic of refuting the integrity of the Bible without demonstrating (even knowing) how is a negative proof and a logical fallacy. But that is a topic for a later discussion.

Still, is there a way to determine what changes might have occurred during the time of the Great Apostasy? Sure, a twin study. Take two identical twins (who share the same genes), but who were separated and raised apart. Any differences between them would surely be caused by environmental factors. And the twins I have in mind are the Hebrew Bible and the Christian Old Testament. 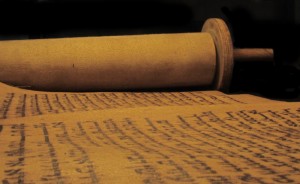 The Jews of Jesus’ day and the early Christian Church shared the same scriptures. Of course, in time the writings that came out of that first century Christian experience would become normalized into a second canon and would be called the New Testament. Judaism continued with the scriptures it had and down a road from which the early Christian believers would later diverge. And the church was born. And the two monotheist groups, though sharing origins, would become quite different in theology, in doctrine, and in practice.

When a preliminary comparison of the two texts is begun, obvious differences quickly become apparent. The Hebrew Bible (or Tanakh) and the Old Testament often arrange the books in different order and the Christian version separates many of specific books in the Tanakh into two parts, e.g. Chronicles, Samuel, Kings, etc. But when we compensate for this and finally conduct a verse-by-verse comparison of the two texts we discover…nothing. Really, nothing. The texts are the same – a few minor word changes here and there, but barely enough to add up to a fraction of a fraction. For the fact that these two versions spent the past two millennia in different environments attests to the singular determination of both religious groups toward maintaining the integrity of their texts.

What about the New Testament? Can a twin study be conducted with this uniquely Christian text? Yes, definitively. But that, too, would require an additional article. Instead, let’s return to our original narrative: why the lack of trust of the Bible by the LDS Church? This discomfort of the LDS Church is not based in facts, as demonstrated above, but simply by Mormon convention. By casting suspicion on the Scriptures of the “other” Christian sects – Catholics and Protestants – the LDS Church both increases its sense of distinction (the “Restored Church”) and its authority over its adherents. Evidently only the leaders of the LDS Church somehow know authoritatively that the Bible has become corrupted over the course of many hundreds of years. But since they cannot demonstrate how this is, Mormons are going to have to take that on faith.

Visit Mike’s blog, A Post-National Christian, or reach him at [email protected]

20 Responses to A Scriptural Twin Study: Nature versus Nurture