Posted on December 10, 2015 by Sharon Lindbloom

Being a non-Mormon and an outsider to the LDS faith has not kept me from studying the Latter-day Saint system of belief. I am not a seeker, as I already know Jesus Christ – the Jesus Christ of the Bible, not of the Book of Mormon. There is a difference. The reason I study (perhaps research is a better word) the Mormon religion and its scriptures is because I want to better understand their religious paradigm. As I work with many Mormons and live in an area that is heavily populated by them, it behooves me to “understand their world” if I am to reach them for the real Jesus.

So for the past couple years I’ve been trying to self-educate myself on all things Mormon. This includes perusing Internet sites of all persuasions (especially apologetics), reading the Mormon canon, reading extra-canonical Mormon writings, and visiting personally with Mormons. Here are my observations. 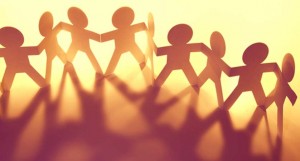 First, what I’ve discovered – and what surprised me – is that ultimately the LDS religion is not about truth; it’s about community. Mormons will, on occasion, engage me in discussions about their faith and how it contrasts with orthodox historical Christianity, but rarely at a meaningful level. They typically don’t seem to be interested in doing so. Not even their missionaries. Yes, the missionaries will discuss this or that, and even spar with me to a certain point, but none of this seems to be of the defining essence of their faith. Instead every conversation always seems to come back around to, or end in, an invitation to visit their stake house. I have been invited to countless Sunday services, potlucks, special meetings, and so forth. In a nutshell “come meet some really nice people and maybe you will want to become part of our family, because we really care about you” and that sort of thing.

And you know what? They do. They really do care. And perhaps this is what makes their religion so attractive to so many folks. Indeed I think that this is what makes the Mormon religion so attractive to Mormons. In a fashion, this ability to generate a genuine caring community of mutual support and concern legitimizes the faith in its members own eyes. It surely does in the larger community. I rarely hear people, especially those that would not know the difference between a Baptist and a Mormon, speak ill of Mormons. Instead I frequently hear things about how nice Mormons are, how they have such good families, and that they look out for one another. Mormons have undoubtedly been successful at selling their brand, in part because they have found that in a sense community sells. They are true believers in community – religious beliefs sometimes become secondary and, while proselytizing, are often not even part of the sales pitch.*

Second, I’ve learned that, at the end of the day, truth does matter. For many people, community, while important, will never trump truth. One can push it aside for a while, but inevitably truth will rear its head again and again and require attention. Subsequently I’ve observed that all is not well in the Church of Latter-day Saints. There is a quiet hush-hush dissention in the ranks and I would not be surprised if we are witnessing the early tremors of an existential earthquake.

It appears to me that the Mormon Church has painted itself into a rhetorical corner in regards to three doctrinal issues; issues that are logically and intellectually untenable and which no amount of “faith” will fix. These three are:

Perhaps there are more. But while it might not matter that I, as an outsider of the Mormon faith, struggle to get my mind around these doctrinal positions, it does matter that rank-and-file Mormons do. And they do, in apparently increasing numbers. 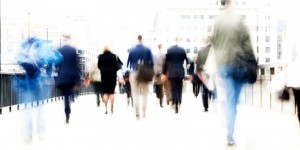 I will not list the recent examples of high-ranking life-long multigenerational Mormons that have lost faith in their church and left. Nor will I explore how church rolls greatly exaggerate membership, nor how young Mormons, especially men, are independently ascertaining facts about the church and voting with their feet. These are all well documented and a brief Internet search will quickly locate the pertinent information. But let’s see how these three doctrinal issues cannot be successfully resolved status quo ante. Indeed, the Church can now only rely on appeals to faith or to logical fallacies.

First issue: the Book of Abraham – even Mormon scholars admit that this canon text is nothing more than an Egyptian funeral text. Nothing sacred here! This fact is obvious to anyone who cares to examine the issue with sober honesty. Recognizing that they cannot defend against the obvious the Church will insist that it is Joseph Smith’s interpretation of the text that is divine, not the text itself. In other words, if a defense cannot be made in an appeal to reason, it will be made in an appeal to faith – a non-thinking, non-critical type of faith. Indeed, the Church’s published analysis on the historicity of the Book of Abraham is a fabulous effort in obfuscation!

Unfortunately for the LDS Church, the simple fact that the Book of Abraham exists in the Mormon canon is a significant reason many current Mormons begin to question their faith.

Second issue: the Book of Mormon as a historical record. Again, this one does not need any elaboration – this is thoroughly documented. Even average Mormons recognize the inconsistencies between what the Book of Mormon teaches as historical fact and the historical realities. For the simple fact that even Mormon researchers have practically thrown in the towel trying to find any archaeological evidence of the ancient empires, let alone the cattle, sheep, horses, goats, elephants, pigs, steel and bronze tools, and wheat that the Book of Mormon attests as existing in pre-Columbian North America. Add to this the problem of the lack of genetic or linguistic evidence that connect existing Native Americans populations with the ancient Jews, their alleged forebears. Again, these discrepancies have proven to be enduring stumbling blocks to an increasing number of Mormons, young and old. Backed into a corner, Mormon apologists appeal to either ludicrous evidence as proof of the historicity of the Book of Mormon or, typically, appeal to faith.

Third issue: the integrity of the Bible as God’s word. The Bible seems to be a conundrum for the LDS Church. This is demonstrated in the oxymoronic eighth Article of Faith: “We believe the Bible to be the word of God as far as it is translated correctly.” It is God’s word, but it requires the lens of the Church to understand it. It is not safe on its own. After all, other LDS scriptures complain that “many plain and precious things” have been removed from the Bible. And church prophets have uttered their own criticisms of the Bible. Unfortunately, the LDS Church doesn’t know what, when, where, or why anything has been either added or removed. They just know it.

While this last issue may not drive Mormons from the faith, as do the two other issues described above, it definitely undermines Mormon confidence in the Bible. Typically Mormons are trained to distrust the Bible, as well as Bible-believing Christians, so that if and when they do leave the Mormon faith they tend to not cross-shop Christian churches. Atheism or agnosticism is the more probable post-Mormon outcome.

In the end I am encouraged and discouraged at the same time. It appears to me that truth is finally winning the battle with Mormons who wrestle with the incongruities of their faith. In this information age we live in, there are few hiding places. Even the deepest secrets of the Mormon Church are seeing the light of day. This is good. Truth is liberating Mormons from the bondage of false teachings. On the other hand, too often when Mormons abandon the Jesus of their LDS faith, they also abandon the chance to come to know the authentic Jesus. And it is this true Jesus that will truly set them free (John 8:31-32).

* Perhaps this foremost concern with community (and inclusion into that community) can explain why many Mormons responded with such energy toward their church with its newly clarified position on homosexual families. The recent ruling to even exclude the children of gay couples from church baptism and membership is a last straw for many otherwise conforming Mormons. This step is too exclusionary. It keeps others from enjoying and embracing that essential character of Mormonism: community. If the religion is first about community and only second about truth, this fits my argument above.

Visit Mike’s blog, A Post-National Christian, or reach him at [email protected]

48 Responses to An Existential Crisis?