Mormonism and its “vital revelations flowing in a never-ending stream” 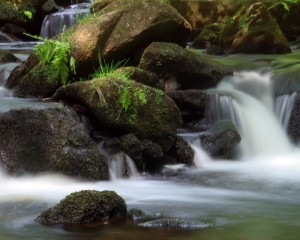 John Taylor, the third prophet of the Mormon Church, explained:

“We require a living tree—a living fountain—living intelligence, proceeding from the living priesthood in heaven, through the living priesthood on earth. … And from the time that Adam first received a communication from God, to the time that John, on the Isle of Patmos, received his communication, or Joseph Smith had the heavens opened to him, it always required new revelations, adapted to the peculiar circumstances in which the churches or individuals were placed. Adam’s revelation did not instruct Noah to build his ark; nor did Noah’s revelation tell Lot to forsake Sodom; nor did either of these speak of the departure of the children of Israel from Egypt. These all had revelations for themselves, and so had Isaiah, Jeremiah, Ezekiel, Jesus, Peter, Paul, John, and Joseph. And so must we, or we shall make a shipwreck.” (The Gospel Kingdom, 34, quoted in “What Is a Living Prophet,” Ensign, July 1973

Living prophets are essential to the Mormon faith, and one of the hallmarks of the Restoration. While all fifteen of the top leaders of the Mormon Church are considered “prophets, seers and revelators” (i.e., the members of the Quorum of the Twelve Apostles and the members of the First Presidency), Thomas S. Monson is the prophet and president of the Church, and has been since February 2008. According to lds.org, as the current president, Mr. Monson is “the only person on the earth who receives revelation to guide the entire Church.”

In light of all this, hoping it will spark some good discussion here on Mormon Coffee, I’d like to re-ask a question that Aaron has asked elsewhere:

What is something Thomas Monson has revealed as a prophet that, if he hadn’t revealed, we wouldn’t have otherwise known?

*The quotation used in the title of this blog post is from Spencer W. Kimball, quoted in “The Living Prophet: Our Source of Pure Doctrine,” Liahona, January 1999.